‘Industry first’ as modular homes are lowered into existing building 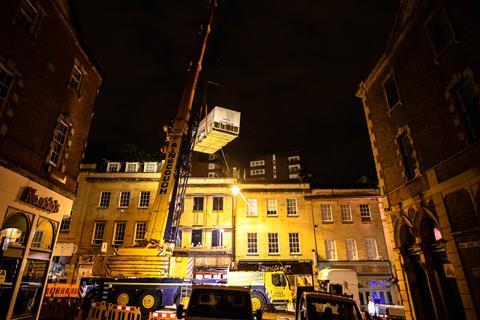 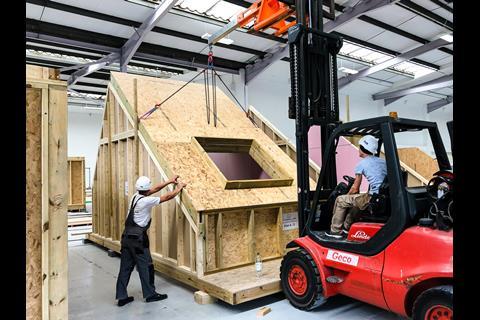 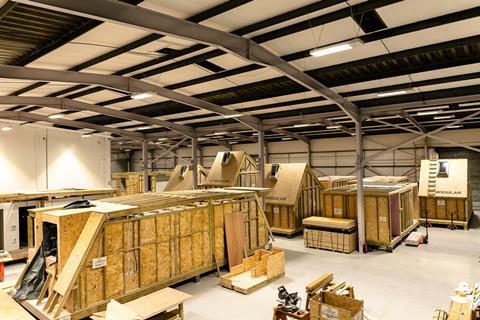 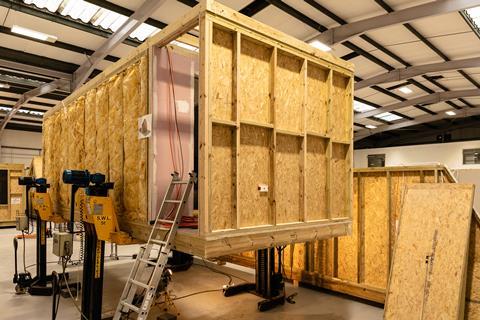 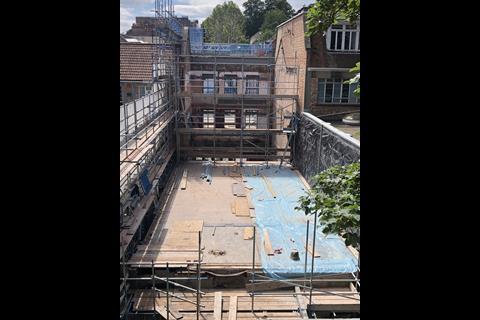 A developer has craned nine modular homes into the shell of an existing building in what is believed to be an industry first in the UK.

The homes were built by Southampton-based manufacturer Go Modular specifically to fit inside the property and were delivered complete with fitted kitchens and bathrooms.

Go Modular said it believed the 50 Park Street job was the first time the technique of making modular homes to fit into the shell of an existing building had been carried out in the UK.

The 50 Park Street building, re-built in the 1950s alongside its Gerogian neighbours, had been stripped out, with internal floors and walls removed and the shell of the property stabilised using a steel frame.

Speaking about the installation, which took place over four nights this week, Jonathan Brecknell, Urban Creation’s director and owner, said today’s modular homes were a far cry from the pre-fabricated housing of the 1940s.

The scheme would give the existing 50 Park Street building a new lease of life, Brecknell said.

“Now that we’ve put this innovative approach into action, we’ll be looking to use this method in other suitable development projects,” he added.

Urban Creation created a mansard roof at the front of the four-storey building. The addition of an asymmetrical pitched roof to the rear two-storey element of the building will house the duplex apartments.