Housing minister Christopher Pincher has admitted the government will undertake more work on its proposed planning reforms before introducing them, adding to speculation the reforms are likely to be delayed.

The admission came alongside Pincher revealing the government had received 44,000 consultation responses to the planning white paper, launched in the summer, which the housing ministry needed to process before responding.

The government said in the white paper that it wanted to see the reformed planning system up and running by the end of the current parliament which, given the 30-month timetable for local authorities to draw up new local plans, would require the government to bring forward legislation early next year.

It also comes amid speculation that the reforms will be watered down in the wake of a Tory backbench revolt over a new formula to allocate housing need to local authorities, and the departure of the PM’s advisor Dominic Cummings, seen as one of the chief architects of the radical reform package. 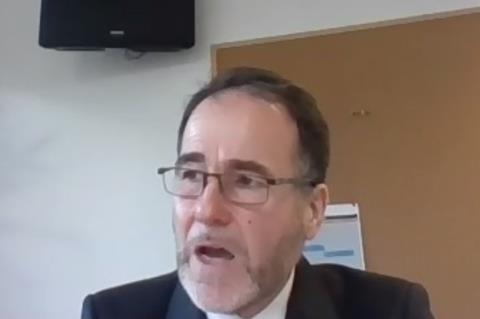 Pincher told Savills’ annual housing seminar (pictured) that the department was “working through” the 44,000 responses to the consultation that it had received, which it will “share the results of as soon as we can.”

He said the government will then “kick off more work to refine our proposals on the back of that consultation feedback”, implying that legislation will not come forward until further consultation exercises are undertaken.

His comments confirm comments made by planning lawyer Christopher Katkowski QC, an advisor to government on the reforms, to Housing Today last week. He said he expected the government to further “flesh out the details needed to make the changes proposed in the white paper” prior to introducing a bill to enact them.

The white paper, Planning for the Future, included proposals to ditch the section 106 system used to secure affordable housing, and introduce a partial “zonal” system into the UK, with councils asked to grant outline permission to swathes of land by allocating it for “growth” in stripped back local plans.

In addition councils were to be given a set housing allocation according to a new Whitehall formula, and given 30 months to prepare the new-style local plans

Hugh Ellis, policy director at the Town and Country Planning Association, said the volume of responses coupled with the level of resistance to some of the ideas in the white paper meant legislation was now likely to be delayed. “The feeling is its not going to go to law now until autumn 2021. There’s not much love for the white paper – and time is not on their side.”

Simon Ricketts, partner at planning law firm Town Legal, said the government’s original timetable was “always unlikely” to be met, and that the departure of Cummings reinforced this. He said: “I don’t think there’ll be a change of agenda, but I would expect the reforms to come forward significantly more slowly and be watered down.”

A source close to government said he now expected the more controversial reforms requiring legislation to be delayed, with the government pushing ahead in the interim with policy changes that were widely supported, such as around digitising the planning system and improving housing design.