The government may be prepared to back down on its planned formula for determining local housing numbers, the housing minister hinted yesterday after a host of senior Tory backbenchers lined up to criticise the plans. 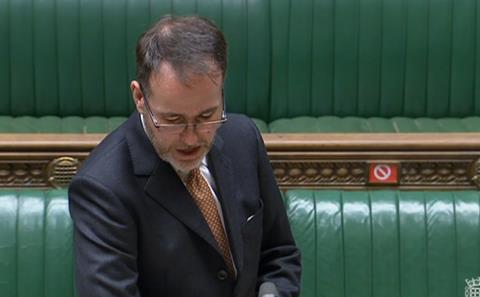 Responding to a barrage of complaints in a House of Commons debate on the policy, Chris Pincher (pictured) said the government was “listening to feedback” and committed to addressing any “supposed imbalances” in the policy.

The proposals, contained in a consultation issued in August alongside the planning White Paper, set out a new formula by which to determine housing need in local areas, but critics say the effect of the algorithm would be to concentrate housing in rural areas in the Midlands and south of England at the expense of northern towns and cities.

According to an analysis of the formula by the Local Government Association, the formula will see the requirement for homes increase by 161% in Greater London, 287% in Brighton and Hove, 294% in Dover and 194% in Tunbridge Wells.

Responding to the concerns raised by the Tory backbenchers, Pincher said the department was listening and he personally was “listening and discussing carefully”. He added that the government was “committed to addressing any supposed imbalances” identified by respondents to the consultation.

Pincher said: “I am especially mindful that honourable members are concerned about geographic imbalance, concerned about too many homes in the South, and not enough in the Midlands and the North.

“Equally I recognise anxieties about what these changes might mean for our countryside in contrast to our urban areas. And so I want to reassure the house that, through this consultation process, we are committed to addressing any supposed imbalances.”

He also said that any figures setting out the potential impact on housing numbers for individual councils were “entirely speculative”, despite the fact most were based directly on the formula set out in the August consultation.

He said: “We look forward to giving our detailed response to the consultation following a careful analysis of all responses, and until such time all the figures that are being bandied about in the media, some of them quoted in the house today, are entirely speculative.”

Tom Fyans, campaigns and policy director at CPRE, the charity formerly known as the Campaign to Protect Rural England, welcomed the dissent heard in the debate in Parliament. Speaking yesterday, he said: “Today we saw backbench Conservative MPs in particular raise the roof of the Commons with a torrent of criticism of the proposals, highlighting how they threaten local democracy, local green space and the ability of local communities to deliver affordable homes.

He said the announcement of a housing, communities and local government select committee inquiry into the reforms showed that opposition to them was reaching “fever pitch” and would be “impossible for the government to ignore”.

He added: “We urge the government to listen and put people and nature back at the heart of planning.”