New buyer enquires went up for the sixth time in a row in February, rising by 17% 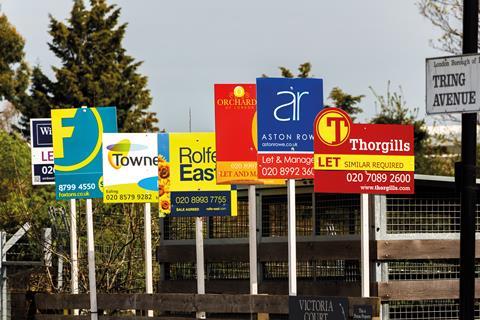 The housing market in the UK has seen a jump in new buyer enquiries, according to February’s RICS residential market survey, marking the sixth consecutive month of rises.

The monthly survey found that 17% more surveyors reported more buyer enquiries than fewer, with a balance of 9% also seeing a rise in agreed house sales. The RICS said the agreed sales figure was the strongest the market has been since May last year.

This is despite the Bank of England raising the base rate from 0.25% to 0.5% in February this year.

A balance of 79% per cent of respondents to its survey said prices had increased on a national level, with Wales, Yorkshire and the Humber, the Northwest of England and Northern Ireland showing “especially elevated readings”.

Simon Rubinsohn, RICS chief economist, said: “Huge clouds of uncertainty hang over the economic prospects as energy prices continue to surge and the Bank of England grapples with how to manage monetary policy in this challenging environment.

“Despite all of this, there is little evidence yet that the mood music regarding the expectations for house prices or rents is shifting. Indeed, the medium-term projections from respondents to the RICS survey are continuing to gain momentum.”

RICs survey respondents reported a 55% rise in demand from tenants seeking rental houses in February. But the body stated: “The continuing drought of new homes listed by landlords however showed the supply side remained challenging – with -21% of respondents citing a fall (down further from the -13% in January).”

Rubinsohn added: “It may well be that these trends ease as the deteriorating macro environment begins to bite but the message that keeps recurring, both for sales and lettings, is there are in aggregate many more prospective purchasers and renters than properties available. The risk is that these imbalances exacerbate the cost-of-living crisis and the challenges particularly for those on lower incomes.”

New sales instructions coming onto the market also appeared to stabilise in February, with only -4% of respondents saying they had seen a fall (less than -7% in January).