Godwin gets green light for 336-home BTR tower in Sheffield

A build to rent scheme earmarked for vacant land near Sheffield City centre has been approved by planners. 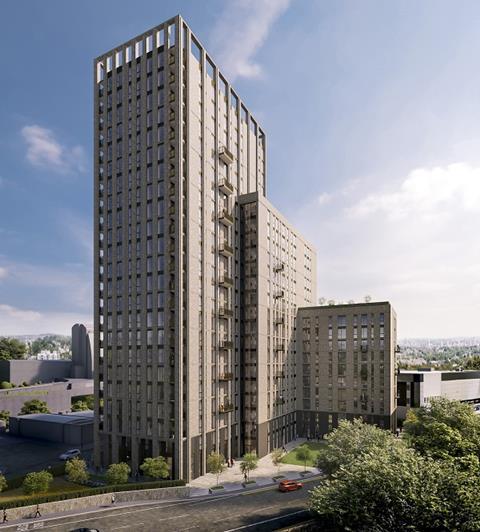 How Godwin’s Meridian development is expected to look

The proposed development, designed by local architect Bond Bryan, consists of an L-shape footprint, with three elements at different heights including a 23-storey tower.

The development on the 0.45-hectare site will provide a mix of one, two and three-bedroom apartments. It will also include a concierge reception, co-working spaces, a lounge, gym and roof garden.

James Mulcare, head of residential capital markets at Godwin Developments, said:” The development is a major milestone for the build to rent market in the city, bringing forward a multifunctional living space that is also perfect for working, relaxing and socialising.”

Godwin in April submitted plans for a 692-unit student housing scheme on the site of a former Royal Mail sorting office in Nottingham.

The developer is progressing further build to rent schemes in Ely and Doncaster.