External walls of Grenfell should have been checked in fire safety assessment, inquiry hears

The external walls of Grenfell Tower should have been checked during a fire risk assessment, the Grenfell Inquiry has heard.

Arup fire consultant Barbara Lane contradicted an earlier expert witness, consultant Colin Todd, who told the inquiry he did not believe the tower’s external walls were in the scope of most routine fire assessments.

Former firefighter Carl Stokes, who carried out a risk assessment of the building for Kensington and Chelsea Tenant Management Organisation (KCTMO) prior to the fire which claimed 72 lives in June 2017, had not deemed the external walls or their cladding in scope of his checks.

The view appeared to be supported by Todd, who argued that the assessments should be focused on internal parts of the building. 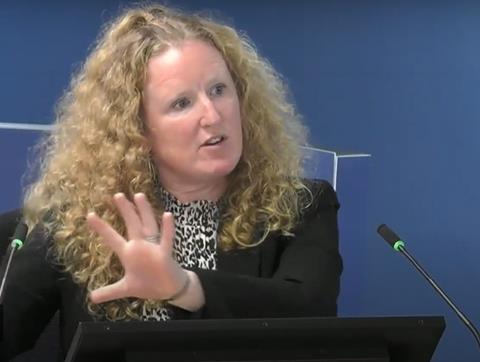 But yesterday Lane told the inquiry in its first week after the summer break that the walls, including the combustible cladding system, should have been considered where they were in contact with the building’s apartments.

She added: “I can’t say to a client we’ve sorted out your general fire precautions for this high-rise residential building. I haven’t looked at the wall. Here’s hoping it doesn’t cause extensive fire spread.”

Lane said that if fire was able to spread up an external wall, the ‘stay put’ policy for occupants of high-rise buildings in the event of a fire would need to be reconsidered.

Stokes had advised KCTMO that the cladding complied with Building Regulations, but he had based this on the system’s approval by building control and had not carried out his own independent assessment of the materials used.

However, he had also advised KCTMO to seek assurances on the compliance and fire rating of the tower’s cladding.

But Lane told the inquiry that there had been a “significant failure” by Stokes by not explaining the consequences of not acting on the advice in his risk assessments.

She said that 90% of the actions he recommended were “high priority” despite the overall risk being deemed “tolerable”.

She added: “If you are a responsible person and you have a building stock where everything is apparently high priority all the time, you need to sit down and actually understand, ‘what does that mean? How much risk am I carrying here and how much risk am I causing my relevant persons?’.”

Todd has previously been accused by Nabil Choucair, a member of the disaster’s bereaved community, of having a conflict of interest after it emerged earlier this year that his son is head of fire safety at the Royal Borough of Kensington and Chelsea.

Grenfell tower ‘to be demolished’

Bereaved and survivors group Grenfell United has described the alleged conflict of interest as “distressing”.

A spokesperson for the inquiry said Todd had informed it of his son’s intention to take the role, and that the two had agreed not to discuss any fire safety matters related to the council.

Lane is the last witness for the current module of the inquiry, which has focused on the management and maintenance of the tower leading up to the fire.

The next module will focus on the training and preparation of the London Fire Brigade.