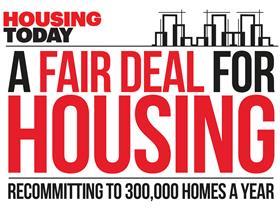 Rishi Sunak will not support the government’s manifesto pledge to build 300,000 homes a year in England if elected prime minister, the Tory leadership hopeful has confirmed to Housing Today.

In response to questions posed by Housing Today, Sunak’s team said he did not believe in “arbitrary top-down numbers”.

Sunak’s declaration means that both remaining candidates to be the next UK prime minister have now declared themselves opposed to the existence of national housing targets for England.

The statement from the former chancellor’s team said: “Rishi does not believe in arbitrary, top down numbers.”

“What matters is helping councils to get local plans in place more quickly to deliver beautiful homes, which communities can support.”

The statement added Sunak wanted to introduce reforms to tackle landbanking, remove barriers for small builders and deliver more homes through modern methods of construction. He also plans to implement a “balanced approach” to planning fees, which the statement said will provide funding certainly for planning departments but also not “place disproportionate burdens on smaller developers”.

>> See also Sunak vs Truss: Their track records on housing

They also said the Richmond MP was “squarely brownfield focused and favours ambitious reforms to increase density in our inner-cities, investing in regenerating brownfield land across the country.” This move away from building on green belt land has been criticised and called a “desperate” bid to win Tory votes.

He last week pledged he would stop councils appealing to the Planning Inspectorate to declassify patches of green belt land and change boundaries in their local plans. He also said he would end this practice by updating the National Planning Policy Framework, and scrapping the possibility of “inappropriate” development on the green belt “in very special circumstances”.

“Green belt land is extremely precious in the UK,” Sunak said last week. “We’ve seen too many examples of local councils circumventing the views of residents by taking land out of the green belt for development, but I will put a stop to it.”

As reported yesterday, the director of influential right-wing think-tank the Centre for Policy Studies Robert Colvile, in the Sunday Times, criticised Sunak and his rival Liz Truss for not committing to building large numbers of homes. He said they were “still peddling the fantasy” that homes could be built where “no-one will notice”, including anywhere “that isn’t a green field in a Tory constituency”.

Giles Wilkes, a former special adviser to Theresa May, in a tweet called Sunak’s plans a “pretty desperate and regressive move”. The Institute for Economic Affairs said planning restrictions “significantly push up the cost of living, while making homeownership unattainable, forcing people into lower-paying jobs and increasing commute times and pollution”.

Truss has also said she does not want what she dubbed “Stalinist” housing targets from central government and has promised to remove planning restrictions and boost development in new ‘investment zones’. Truss and Sunak’s declarations come after Housing Today in June launched its Fair Deal for Housing campaign, dedicated at getting the government to recommit to its manifesto pledge for 300,000 homes a year.

The full Q&A sent to Housing Today from Sunak’s team: 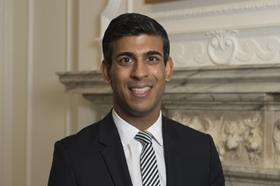 Would you commit to meeting the manifesto pledge of increasing housebuilding to 300,000 homes a year by the mid-2020s?

Rishi does not believe in arbitrary, top-down, numbers. We need to continue our progress on delivering more homes, in order to extend the benefits of home ownership to the next generation. What matters is helping councils to get local plans in place more quickly to deliver beautiful homes which communities can support, delivering bold planning policies to support densification in inner-city areas and doing more to regenerate brownfield land.

What would a government under you do to increase housebuilding?

Rishi wants to see more homes delivered for the next generation. He is squarely brownfield focused and favours ambitious reforms to increase density in our inner-cities, investing in regenerating brownfield land across the country, and pursuing developments that have community support. He wants to go further in diversifying the housing market, introducing reforms to tackle landbanking, removing barriers for smaller builders, and delivering more through modern methods of construction. Rishi will also press on with reforms to ensure that developers fully fund the roads and local infrastructure needed before new homes are delivered.

Would you make any changes to the proposed planning reforms in the levelling up and regeneration bill?

Rishi wants to see a quicker, less bureaucratic planning system with local communities getting a genuine say on what gets built where. The Levelling Up Bill has many good planning policies in it, but as prime minister Rishi would of course review all measures to make sure we are fulfilling those aims.

Would you make more resources available for planners?

Rishi understands how important funding certainty is for local councils, including planning departments. That is why he provided local authorities with a multi-year funding settlement at the last Spending Review. On planning fees, Rishi favours a balanced approach which doesn’t place disproportionate burdens on smaller developers but provides planning departments with the resources they need.