Eutopia has purchased an eight-acre site from Network Rail for a £70m housing-led scheme next to Gloucester City train station.

The brownfield developer wants to build a scheme of around 300 homes on the site and will bring detailed proposals forward early in the new year. 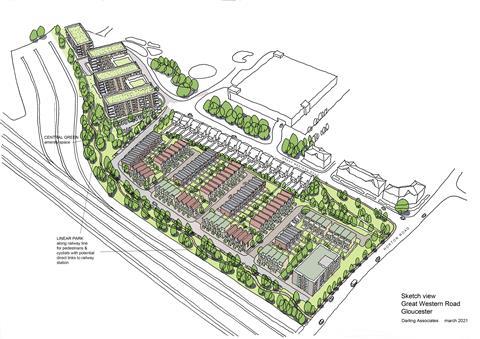 Eutopia is planning to deliver a “mixture” of single-family rental properties alongside apartments on the site.

The acquisition is the third Eutopia has made from Network Rail having previously bought sites near Exmouth Junction railway station in Exeter.

Eutopia Homes was founded by former Essential Living founder Scott Hammond in 2017. It has a pipeline worth £365m primarily on brownfield sites in regional cities.

Hammond said: “We are excited to bring forward this complicated brownfield site for a new balanced community of homes for sale and rent.”

The acquisition was funded by investment firm Chenavari Investment Managers.