Housebuilders and the government are to jointly produce figures as early as this week on the number of 11-18m homes affected by the fire safety crisis and who built them.

Speaking to the Levelling Up, Housing and Communities Select Committee on Monday, David O’Leary, policy director at the Home Builders Federation, said the industry currently didn’t how many homes were affected by the problem, but that he did not think the bill for the industry would be “close to” the £4bn suggested last month by Michael Gove. 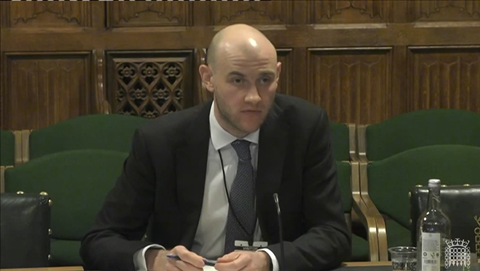 O’Leary’s comments come after the housing secretary last month said he expected housebuilders to voluntarily contribute £4bn to pay for the repair of mid-rise buildings affected by fire safety problems, or face the imposition of a levy and a range of other sanctions.

Gove later said he wanted construction product manufacturers to contribute as well as all housebuilders with annual profit of more than £10m, however the industry disputes the £4bn estimate.

O’Leary said: “I think we need to establish over the next few weeks how much the government is actually looking for. The £4 billion figure we’ve heard, I don’t we can get close to that with the information that our members have.”

>> Can Gove really ‘go after’ developers for £4bn of cladding costs?

However, he admitted the industry did not have figures of its own yet, and said the HBF had been working with the government over the course of the last week to draw up detailed information, with the government having set a deadline of this week to pull the numbers together.

O’Leary said: “We’re at the stage of assimilating our information, trying to match it with what information the government has.

“I think we’re still very unsighted on how many buildings need remediation even after all this time, [and] where they are, [and] who built them.”

Housebuilders have already made clear their concern that only UK housebuilders, which they say have already contributed £1bn to repairing their own buildings and will also start paying the £2bn Residential Property Developer Tax from this year, are being asked to pay, when many of the buildings affected were built by now defunct developers or overseas businesses.

O’Leary said the government’s £4bn figure might have been inflated because “there are many many, many buildings […] where there is no longer a developer and they were built by overseas developers or whatever.”

O’Leary said he accepted that finding the information on the buildings was something “we wished would have started sometime ago.”

The comments came as O’Leary and John Mulryan, group MD of Anglo-Irish developer Ballymore, also used the session to highlight concerns over the increasing burden of levies and taxes on developers in the wake of the fire safety crisis.

O’Leary said he expected the new 4% Residential Property Developer Tax will actually raise £3bn from developers over the next decade, rather than the £2bn estimated by government, while Mulryan said that because of the way it was calculated, it worked out to effectively a 6% additional tax rate. 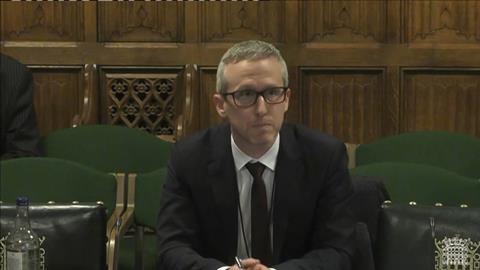 Mulryan said that alongside increases in corporation tax planned in the next few years, the industry was already looking at an effective tax rate in the “low thirties”, even prior to the £4bn contribution asked for by Gove, which he compared unfavourably to the 12% corporation tax rate in Ireland.

O’Leary said that Gove’s insistence that all developers with annual profit of more than £10m should contribute to the recently announced £4bn fund would mean that around 50 housebuilders will be expected to pay in.