Beckett, who was also Britain’s first female foreign secretary in 2006 and 2007, said she was adding her voice to the call for 300,000 homes a year because housing was “one of the greatest problems”.

“One of the greatest problems, particularly for young people today, is the lack of available housing and the exorbitant cost and pricing of such housing, as it is,” said Beckett. 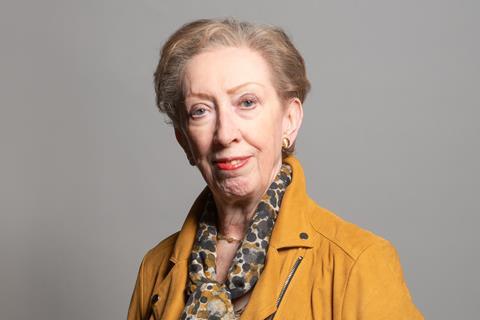 Beckett joins a host of organisations and individuals that want the government to recommit to the housing target, which was a Conservative manifesto pledge.

As part of A Fair Deal for Housing , Housing Today is seeking ideas from across the whole of the housebuilding industry of how the industry can meet the target, which we believe is achievable with the right package of support from the government.

The ideas will be included in a searchable ‘Ideas Zone’ database to be published by Housing Today next month.

Umbrella-groups including the Home Builders Federation, Federation of Master Builders, the G15 and British Property Federation have all backed the campaign. Major housebuilders including Barratt, Persimmon, Vistry, McCarthy Stone and  Berkeley Group have also individually signed up as have leading housing associations including L&Q, Riverside and Metropolitan Thames Valley.

In the past few days, Lib Dem peer and former Department for Levelling Up, Housing & Communities minister Lord Andrew Stunnell has backed the campaign as has former National Housing Federation chief executive David Orr, while developers including Dolphin Living, Pocket Living, Croudace Homes Group, Gleeson and Richborough Estates are among the latest to pledge their support