Countryside chair to step down

Countryside chair David Howell has announced his intention to step down from the firm next year, a day after one of the firm’s major shareholders called on him to resign.

The announcement came as Countryside reported a £2m loss for the year to September 30, on adjusted revenue of just under £1bn, and announced it had appointed Rothschilds to advise on the sale of its housebuilding business.

Countryside at the same time published a public response to the extraordinary intervention of US investor Browning West, which yesterday publicly called for Howell to stand down and for the housebuilding business to be sold. Countryside said it was “disappointing” that the shareholder had chosen to launch a “public attack”, just one day before its results announcement, at which “our board has put into motion many of the very things that you have recently raised with us”. 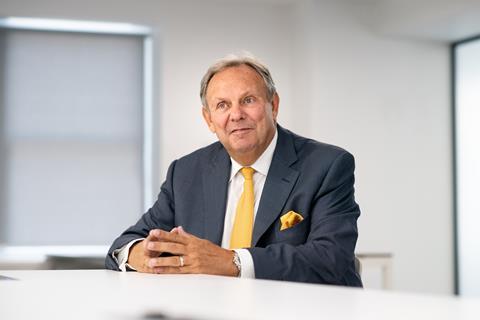 The firm said it had already been planning to announce the measures called for by Browning West – sale of the housebuilding division and the resignation of David Howell (pictured) – today before the shareholder launched its public campaign yesterday.

However, Countryside rejected Browning West’s call for its chief investment officer, Usman Nabi, to be appointed to the Countryside board. It said that after consulting with other shareholders “we do not believe it is either necessary or in the best interests of the company or its shareholders to appoint you to the board.”

David Howell, who has been Countryside’s chair since its listing on the stock market in 2016, said: “It has been a privilege to serve as Chairman of Countryside. I wish the Company every success for the future with its strong potential for further profitable growth in the years ahead.”

The firm said the nomination committee will begin a process to select a new chairman in “due course”, with Howell committing to resign “during 2021”.

The news came as Countryside released results confirming the extent of the hit from the covid crisis, which chief finance officer Mike Scott said had come at the worst part of the financial year for the business. The firm fell to a £1.9m pre-tax loss – compared to a profit of £204m in 2019 – on adjusted turnover of £989m, down 31%. 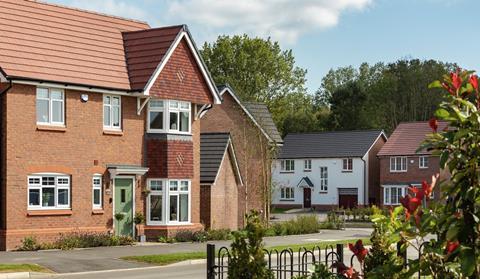 As previously indicated, it saw completions in its private for sale housebuilding business fall by 36% to 840, while completions for its partnerships business – which builds homes for councils and housing associations – dropped by just 27% to 3,213.

Announcing the appointment of Rothschild to explore the possibility of a sale of the private housebuilding business, Countryside’s results statement said “our focus on allocating capital to growing Partnerships, the opportunities to grow the Housebuilding business may be restricted.”

It added that Rothschild had been appointed to “advise the Board on the best time and process to realise best value from the separation of Housebuilding from the Group.”

The firm said it was now in a “strong position” to recover from the pandemic, with 70% of sales for the current year already made, but that the sheer volume of forward sales taken meant that reservations per week in recent weeks had been below the level seen in 2019.

It said the firm was expected to report operating profit at the “upper end” of market expectations for 2021.

In response to David Howell’s decision to step down and the appointment of Rothschild to oversee a sale of the private housing business,

Browning West’s Usman Nabi said: “We are delighted that the Board has implemented our recommendations regarding the need for a new Chairman and separating Housebuilding from Partnerships. We look forward to the Board moving with urgency and to a continued dialogue on these and other issues in order to let Partnerships prosper.”