The council said it would invest up to £170m in the two new partnerships, which will build homes and deliver regeneration on a variety of commercially acquired sites.

A core role of both ventures will be to identify suitable sites within South Cambridgeshire and the surrounding area, with the aim being to generate long-term income streams for the Council.

The council said its funding for the projects will come from a mix of cash and funds it is able to borrow at preferential rates, supported by grants and other funding. 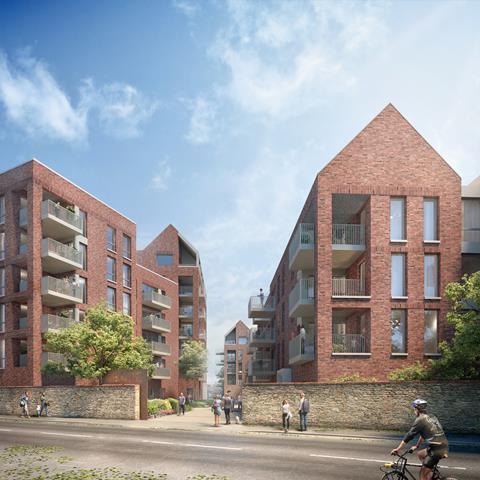 Hill’s homes planned for its Bristol JV at Baltic Wharf

Cllr Bridget Smith, leader of South Cambridgeshire District Council, said the partnerships will help the council to deliver on our pledge to build more affordable housing, and aid its push to deliver zero carbon. “They will also help to grow local businesses and economies by supporting redevelopment and regeneration work at a time when this is clearly a priority. The income we raise over the course of several years will help us to maintain frontline services that residents rely on,” she said.

Andy Hill, chief executive of Hill Group, said: “We are committed to delivering the highest quality of design and housing standards, while also creating great places where all can live in harmony, thus safeguarding the council’s revenue stream for decades to come.”