The British Property Federation has hit out at government plans to include developers of build to rent homes in its proposed £2bn residential property developer tax.

The call came after the Treasury earlier this week published draft legislation for the new tax making clear it planned to exempt certain activities, such as the development of student housing and care homes, from being liable for the tax.

However, the draft law did not include purpose built rented accommodation under the list of exempt activities.

The £2bn tax, announced in February this year by former communities secretary Robert Jenrick, is designed to help cover the costs of fire safety work to existing buildings deemed necessary in the wake of the Grenfell Tower fire.

The British Property Federation, which represents a number of large build-to-rent developers, said it would be “disproportionate” to levy the tax on these developers, given that these landlords have never sought to or been able to pass any of the costs of fire safety work on to their tenants. 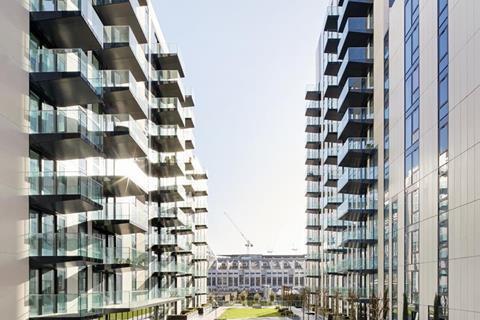 Hence any work that has been necessary to their blocks has had to be funded in full by the landlord already, rather than passed on to occupants.

In a statement the body said the move would put “at risk” the continued investment in new build delivery by the sector. Ian Fletcher, director of real estate policy at the BPF, said he welcomed the exclusion of the purpose-built student accommodation sector from the new tax, adding that policy decision regarding it had not been finalised and that there was still time for the government to change course on build to rent.

“We continue to argue for its [build to rent’s] exemption. The build-to-rent sector has not contributed to the building safety problems and the attributed financial disputes between freeholders and leaseholders, which this residential property developer tax is intended to fund.”

The draft legislation published on Monday also makes clear the government intends to levy the tax on all residential developers filing accounts from April 2022 onwards, with the duty levied as a percentage on all profits from relevant development activity, in a similar way to Corporation Tax.

The draft legislation did not set out the rate at which the tax will be charged. The Treasury has previously said it intended to levy the tax for a decade on all companies with profits of more than £25m per annum, in a bid to raise at least £2bn. However, while the draft legislation provided for an annual “allowance” of profits that can be recorded before the tax kicks in, it didn’t set out how much that allowance will be.

The government has also brought forward plans for a high-rise buildings levy which developers will have to pay on the development of high rise properties, which the government expects to hit around 200 properties, and up to 14,000 new homes, a year.