Cala Homes has appointed two senior sustainability analysts and formed a new training and research partnership as part of its drive to deliver zero carbon homes by 2030.

The Aberdeen-based housebuilder, which is owned by insurance giant L&G, said it had appointed specialist analysts Aliver Cooney and Ryan Menezies in order to deliver the innovations necessary for the firm to hit its sustainability targets. 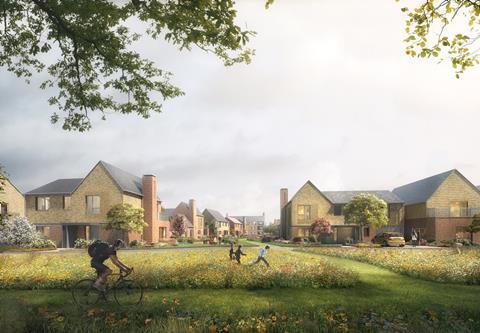 L&G last year pledged to make all homes produced by its businesses operationally zero carbon by 2030. Cala, which built 2,400 homes last year, has said it will also make its business net zero carbon overall in line with the Scottish government’s 2045 net zero target.

As well as Cala, L&G runs an affordable housing business, build-to-rent business, modular housing firm and later living arm, with the business investing more than £1.6bn in residential development in the past year.

The firm said the sustainability analysts will model various scenario home- builds, with an initial focus on improving air quality and water consumption within CALA homes, before moving on to technologies to deliver net zero.

At the same time the company said it has also partnered with the Construction Scotland Innovation Centre, to work with three MSc students for its Built Environment Innovation Masters Fund on projects around reducing embodied carbon in new-build homes.

The news comes after a number of major housebuilders, including Barratt and Taylor Wimpey, announced the adoption of “science-based” targets to reduce greenhouse gas emissions, ahead of the forthcoming adoption of the government’s Future Homes Standard in England.