Schemes totalling 650 homes in Leeds and London get financial backing

Deals to fund construction of two build-to-rent schemes that together will provide nearly 650 homes in Leeds and London have been agreed. 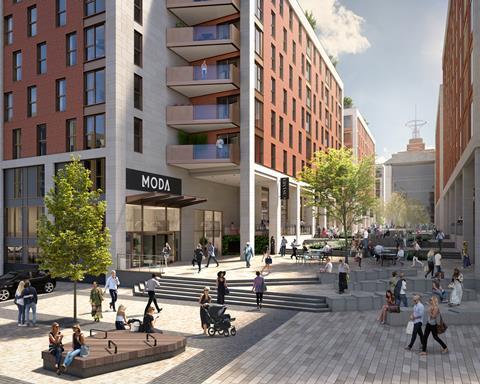 The news comes a day after private rented sector investor Grainger announced it had agreed to forward-fund a 132-home scheme in its Hallsville Quarter development in Canning Town, east London, being developed by LinkCity and Bouygues UK.

Moda and Apache said in a statement that the New York Square scheme will have a development value of £150m, and will mark the first phase of plans for a £300m neighbourhood in Leeds, branded SOYO, from developer and contractor Caddick Group, the parent company of Moda.

The deal follows other recent build-to-rent agreements struck by Apache Capital and Moda, including a £118m loan for the Mercian scheme in Birmingham, £58.5m for the Lexington in Liverpool and £85m for Angel Gardens in Manchester.

Johnny Caddick, managing director at Moda Living, said: “LaSalle have been a fantastic partner to work with on multiple Moda projects and we are excited about future opportunities and our long-term working relationship with them.”