Croydon council’s developer Brick by Brick has hit back after an audit into the council raised serious questions about its management of the firm leading to a government probe.

This week, the government launched a review into the council after the Grant Thornton report, which was published last week, was highly critical of the authority’s management of its development company. 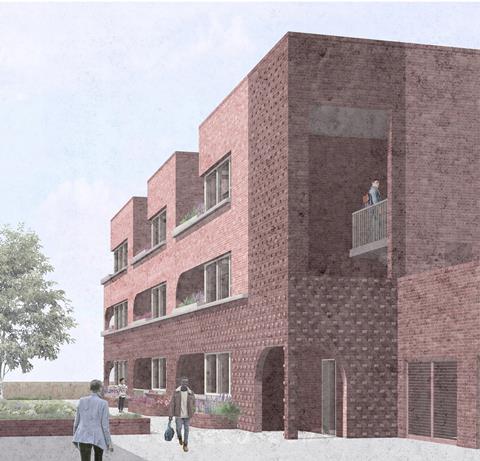 The report found “the continuing financial business case from the council’s perspective for Brick By Brick should be urgently reviewed before agreeing any further borrowing”.

But Brick By Brick has said it is in a strong financial position, having completed more than 280 homes and posting revenue of £23m.

The developer added: “It should be noted that Brick By Brick itself is in good financial health and has strong revenue forecasts for the current financial year.

“We are now entering a new and important phase where the proceeds from sales of our homes provide a significant financial return to the council which can be spent on frontline services, benefitting the people of Croydon. This clearly demonstrates the success of the Brick By Brick model.”

The report revealed the council had lent almost £200m to the developer without receiving any dividend or any interest.

Grant Thornton said the council had been due to be repaid £110m by the time its report was published but had not received any of it.

The report said: “The cabinet and council should review and reconsider the ongoing financial rationale for the council in the equity investment arrangement with Brick by Brick.”

Housing Today understands that as of yet, none of Brick by Brick’s funding is repayable to the council as the timing of funding requirements, including the proposed timing of loan repayments and any interest owed, is detailed in the organisation’s business plan which is approved by the council on an annual basis.

Some Brick By Brick projects have also suffered delays, moving out the point at which repayments on loans from the council are due to be paid.

Delays on projects have been caused by several factors, including the covid-19 pandemic and lockdown, additional works required on site and supplier and regulatory delays.

The developer was set up to generate income for the council in 2015. It is not given grant funding and is provided with loans by the council at market rates which are then paid back over time as its development programme builds out.

The rapid review will report to government next month.

“Brick by Brick was set up to deliver beautifully designed high-quality homes that are accessible for local people. We are delivering on that mission and have now completed a range of developments providing homes of different tenures including private sale, shared ownership and affordable/social rent.

“Croydon council, our sole shareholder, is in discussions with government and others about its finances in order to ensure it can meet future spend commitments following the coronavirus crisis. These discussions include a review of debt levels within the council, and how this debt is invested in subsidiary companies such as Brick By Brick and other property interests. Croydon isn’t the only council in the country to be struggling in this way at this time.

“We are working very closely with the council on these matters, but it should be noted that Brick By Brick itself is in good financial health and has strong revenue forecasts for the current financial year. We are now entering a new and important phase where the proceeds from sales of our homes provide a significant financial return to the council which can be spent on frontline services, benefitting the people of Croydon. This clearly demonstrates the success of the Brick By Brick model.”

“With a pipeline of over 1,000 homes under development and nearly 700 more in planning, we look forward to playing an increasing role in the supply of new homes throughout the borough as we continue to build on our successful programme of residential development. We are now ideally placed to deliver on our mission to provide well-designed, accessible and affordable homes for local people, with profits returned to the council to be reinvested locally.”