Barratt has been given planning permission for a 454-home scheme in Wembley, north-west London, being developed as a joint venture with Transport for London.

The scheme, on a 1.6-acre car park site next to Wembley Park Tube station, was given the green light after Brent council provided a resolution to grant permission late last week.

The proposals, drawn up by architect Tate Hindle, envisage five buildings containing a mixture of one, two and three-bedroom flats, with 40% of the scheme affordable housing. This is lower than TfL’s overall commitment to deliver 50% affordable housing on its 10,000-home pipeline of schemes on surplus sites. 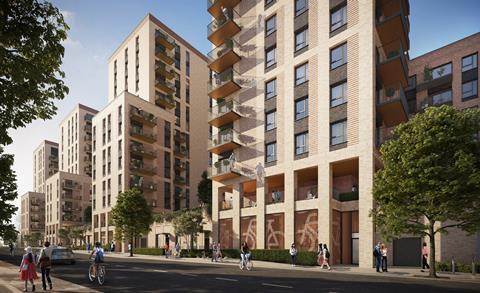 The affordable homes will be a combination of shared ownership and the GLA’s London affordable rent product, set at around 50% of market rent levels.

TfL said that 70% of flats in the scheme will be dual aspect, and there will be no parking – except for Blue Badge holders, because of the proximity to local transport.

The scheme is the second to be brought forward in a joint venture between Barratt and TfL, following the 350-home Blackhorse View development in Waltham Forest.

Jim Wood, London operations managing director at Barratt London, said: “This is an exciting project for us and we are particularly pleased to be able to deliver such a high percentage of much needed affordable homes for the borough, alongside retail and train crew accommodation.” 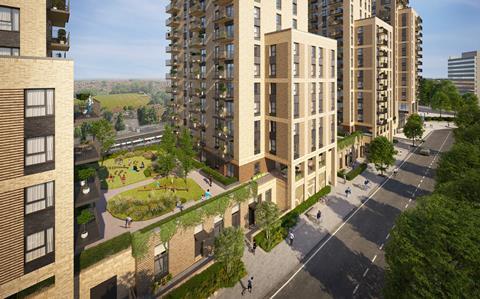