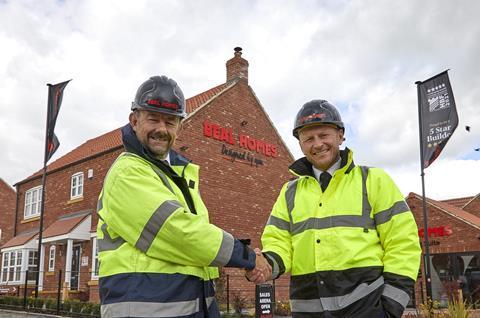 Devine has joined the £46m turnover firm at a time it has “ambitious plans” for growth and a new £4.5m head office is being built at Bridgehead business park in Hessle, East Yorkshire.

Richard Beal, chief executive of the East Yorkshire-based housebuilder, which was set up nearly 55 years ago, said Devine “has an excellent track record of leading construction teams and delivering major developments while maintaining a strong focus on build quality”.

The 44-year-old incoming construction director has 26 years of experience in the construction industry, having previously held a series of Yorkshire-based senior positions with national housebuilders.

Beal Homes focuses on building in Hull, the East Riding of Yorkshire and Lincolnshire, and has delivered more than 80 developments. It employs 150 staff in the region.

Devine said: “This is a great move for me. I was attracted by the opportunity to move from a national Plc to join a growing, independent housebuilder that has such a strong commitment to building homes based on the wants and needs of buyers.”

He replaces John Goodfellow, who has retired after 18 years as construction director at Beal Homes.

Beal paid tribute to Goodfellow saying he was a “hard act to follow” and had “led the delivery of scores of superb developments and has played a key role in our sustained growth”.