Canalside site in Ladbroke Grove will deliver 2,800 homes and a new town centre

Sainsbury’s has agreed a deal with developer Ballymore to bring forward a site in Ladbroke Grove for 2,800 homes and a new canal-side town centre.

The scheme, which is in the heart of a zone earmarked for growth by Kensington & Chelsea council, will include a 130,000 sq ft Sainsbury’s store alongside homes, public spaces, and leisure and culture activities.

The agreement is split 60/40 in favour of Ballymore, with the existing Sainsburys store to remain trading throughout the time in which the development is underway. 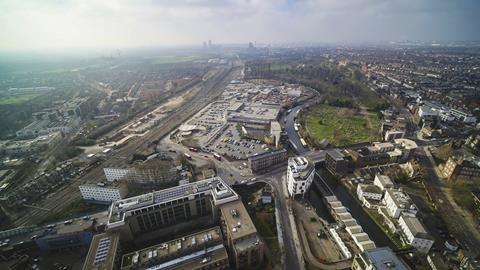 Ballymore said the scheme, which is set to deliver half of the Kensal Canalside Opportunity Area’s housing target, marked the last major brownfield development opportunity in Kensington & Chelsea.

Patrick Dunne, property director at Sainsbury’s, said the agreement was the result of many years of hard work and commitment, and “represents a momentous opportunity to deliver an exciting new vision for Ladbroke Grove.”

Sean Mulryan, chairman and group chief executive of Ballymore, said the firm had begun community consultation. “We are pleased to be a step closer to submitting an application and realising our ambitions of a mixed-use scheme that will transform the area,” he said.