London developer Anthology has announced plans to expand outside of the capital as part of parent company Lifestory’s drive to build 5,000 homes over the next five years.

Anthology, which was set up in October 2013 by former Lendlease development MD Mark Dickinson with the backing of private equity firm Oaktree, has since built 1,000 homes in six sites across London. 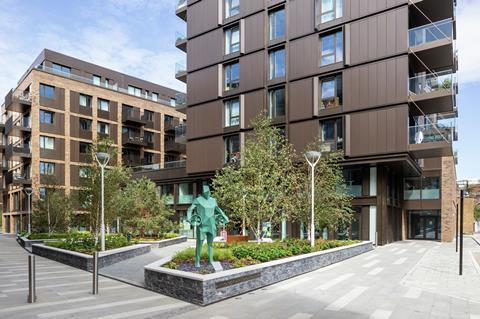 However, the firm said today that it was looking to expand to other “urban” locations outside of the capital, with plans to buy “complex” mid-scale sites of at least 100 homes in regeneration areas.

Dickinson, chief executive of parent company Lifestory, said the move followed a strategy review of the business conducted in the wake of its 2019 merger with later living developers Pegasus and Renaissance, which led to the creation of the overarching Lifestory group.

Dickinson said Anthology was committed to expanding the Anthology brand and product outside the capital, and that it will work closely with landowners of any size. He said: “Following the merger, we have spent time refining our business strategy and embedding a new regional structure which means we are now well placed to fulfil our ambitious plans for growth to help support the national housing challenge.

Lifestory has built 750 general purpose homes for Londoners and 350 later living homes across developments in the Capital and the South east. Projects include the 276-home Deptford Foundry scheme, (pictured) and other schemes in Hoxton, Wembley and Stratford.

Pegasus and Renaissance have between them created 29 new later living communities across England, including almost 1,100 new homes.