David Orr, ahead of his appearance at a House of Lords inquiry into housing demand this morning, writes about his frustration at the lack of progress on the way we build homes.

A few months ago my wife and I visited some friends who had recently moved home. They are both in their 70s and had made the decision to downsize. They had bought a smaller, but still three-bedroom home on a new estate. When it’s complete, the estate will have 800 new homes.

The first thing to say is that our friends are delighted with their new home. It’s manageable for them, has a small garden and is at the centre of a new and seemingly very friendly community. There is open green space not far away and it is walkable to the centre of the town. The developers are highly regarded with a good local reputation. And yet, by the time we left I was feeling angry and depressed. I spent some time thinking through what it was that had made me so disappointed. 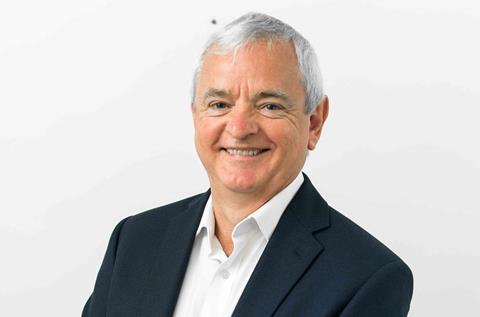 What was wrong with the development? It is, after all, the same as hundreds like it all over the country. And that’s the first problem. It is indeed like everything else that’s being built and has been built for decades. I asked our friends if their home, or any others on the estate had a heating system that doesn’t depend on gas boilers. No. Any solar panels anywhere? No. As we prepare for the end of petrol and diesel powered cars, were there any fast charging points? No. It’s hardly a secret that we have to rethink how we heat our homes and run our cars to get to net zero carbon. But not one single thing on the estate gives even a nod in that direction.

To all intents and purposes, we are building homes now exactly as we were 50 years ago

Then there is the house itself. It is brand new, but not built to basic accessibility standards. There is no level access and no provision for a wet room. The three bedrooms are up a flight of stairs which are too steep and too narrow to allow for the installation of a stair lift. One of the things our friends said with pleasure was how like a house they had bought 50 years ago it is.

And there’s the rub. Homes being built now usually have double glazing, a few more power points than was the case then and aerial points in every room. They are generally a bit better insulated. But to all intents and purposes, we are building homes now exactly as we were 50 years ago. There is no more flexibility, no creativity, no thinking about all the people who will live in that house over its lifetime. Just a clear -eyed focus on the potential customers at the first point of sale.

Over the course of my career in housing I have railed from public platforms about the flaws of our home building industry. I have written blogs about the failure of the industry to invest in the kind of research and development that has allowed other industries to thrive. We don’t even use technology to build high quality homes in factories. Imagine if all new cars were being built outdoors.

“With COP 26 looming and a belated awareness of the necessity to decarbonise the 24million homes we already have, why on earth are we still building homes that will themselves have to be decarbonised?”

There is a little game I like to play with audiences when I speak on these topics. I ask them to think about how we watched TV 50 years ago and to compare that to the sophisticated home cinemas we now have with unlimited channels and everything on demand.

Then think about the way we listened to recorded music 50 years ago. The Dansette record player in the corner and an old radio. Now we have digital music on demand that we can play to concert hall quality anywhere we wish. And I think of the old Ford Consul car my dad had in the early 60s and compare it to the sleekly engineered marvels of technology driving around our roads now.

Then we come to our homes. Think of how they were built and what they looked like 50 years ago, then think of them now. There are exactly the same.

I have not identified the estate or the developers as I believe this is a widespread industry, even national, failure. And failure it is.

David Orr is speaking at a House of Lords Built Environemnt Committee session later this morning on the design and quality of new homes. It is part of the committee’s inquiry into meeting housing demand.