The residential arm of Wates has brought in a former development director of the Richard Rogers-designed One Hyde Park scheme as production director.

The appointment of Nick Williams, a former development director of Candy & Candy, the firm behind the luxury housing scheme built by Laing O’Rourke, comes as the firm confirmed another director had left the business. 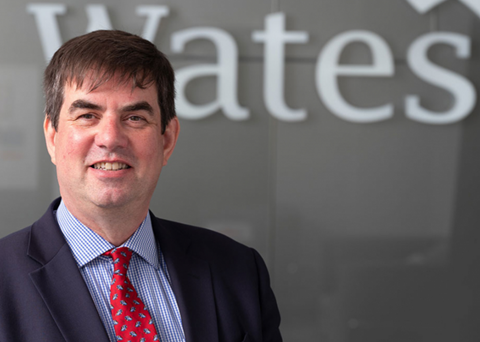 Nick Williams worked on the One Hyde Park scheme

Kate Ives, who was director of strategic growth at the residential arm, is leaving after more than four years at the business.

Ives joined from developer First Base at the start of 2017 as development director, only starting her strategic growth role earlier this year.

In a statement, Wates said: “Kate Ives is leaving Wates to pursue other opportunities. We’d like to thank Kate for her contribution to the growth of Wates Residential over the past few years and we wish her well.”

It is not known where she is going to but Ives is not following in the footsteps of the division’s commercial director Ben Cox who, earlier this month, decided to leave and join former boss Paul Nicholls at housing start-up Real.

Williams joins the firm in a new role and will report to executive managing director Helen Bunch.

He will be in charge of delivering over 5,000 homes in the firm’s development pipeline, as well as a further 1,700 homes through contracting projects for public sector customers such as Hounslow, Winchester and Wokingham councils.

He has joined from developer Pocket Living where he was chief development officer while he was also a construction director at Berkeley for four years on its Gunwharf Quays scheme in Portsmouth.