Stonebond Properties has been chosen by Urban & Civic to build the first phase of its 6,500-home Waterbeach Barracks development.

The up-market regional housebuilder will construct 88 homes to form a gateway into the new development. These will include apartments, terraced homes, mews houses and detached properties. At least 28 of the homes will be affordable.

Essex-based housebuilder Stonebond was set up by Countryside founder Alan Cherry and is now run by his two sons, Graham and Richard.

The 6,500-home scheme in south Cambridgeshire will also see Urban & Civic provide 16,000m2 of shops, and a similar amount of commercial space as well as 250 acres of green space and 40km of cycle paths. 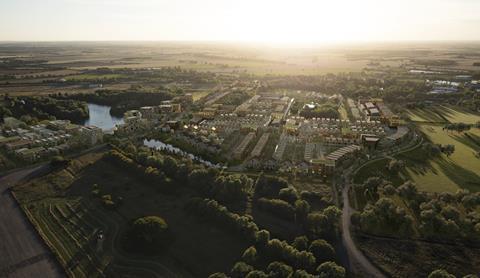 Urban & Civic said the homes will be close to the new primary school which is due to be open by September 2023. Other infrastructure including cycle connections and a park and ride scheme will also be delivered in the first phase.

The former Waterbeach Barracks site is still owned by the Ministry of Defence, with Urban & Civic appointed as development manager for the scheme.

Graham Cherry, co-chairman of Stonebond, said his firm was honoured to be the first housebuilder to work on the project. He said: “The location of our quality homes will really help to set the tone for what is sure to become an outstanding new place to live, work and socialise.

The first Stonebond homes are expected to be marketed for sale in autumn 2022.