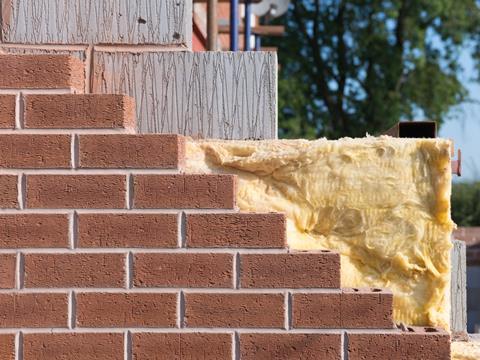 Shocking research has revealed that more than two-thirds of the social housing stock in Northern Ireland surveyed has cavity wall insulation that is not compliant with current industry standards.

Sweeping changes to how the Northern Ireland Housing Executive (NIHE) deals with concerns around suspect cavity wall insulation have been recommended in the wake of the survey.

Carried out by certification body Consultancy, Investigation and Training (CIT) across more than 800 NIHE properties, the survey found 63% had cavity wall insulation that was non-compliant, meaning voids or debris has been identified.

The research also found that only 16% of social housing stock in the region was completely defect-free.

Of the 100 privately owned homes surveyed by CIT, 36% had cavity wall insulation installations that were non-compliant, while 41% of the stock was found to be free of defects.

CIT, a subsidiary of the British Board of Agrément, said it had made a number of recommendations including prioritising remediation work, training NIHE staff, setting industry standards for suppliers, seeking compensation from companies responsible for non-compliant installations, and establishing mechanisms for tenants to raise concerns related to cavity wall insulation in their homes.

“This research will allow the Housing Executive to use fact-based evidence and robust methodology to assess its remaining housing stock, identify those homes in most urgent need of remediation and efficiently plan maintenance programmes to address the issues identified.”

McCormack said the research was also intended to inform future strategy “that will allow the housing executive to lead the way in developing housing and insulation policy based on strong, operational evidence in the field”.

Noting that a survey it had carried out six years ago found the condition of cavity wall insulation in much of its social housing stock had “deteriorated”, a spokesperson for NIHE said it would consider the CIT’s findings and recommendations and consult stakeholders.

“In the short term, we will, of course, immediately focus on those properties in which CIT has indicated a specific need for urgent remedial work. Later this year we will bring forward a longer-term strategy and plan for addressing the broader issues that have been identified.”

But the spokesperson said any plans would have to be prioritised against the other investment needs for NIHE housing stock, including its Tower Blocks Action Plan, improving the thermal performance of its non-traditional dwellings and addressing the maintenance backlog in external improvements and the replacement of kitchens and bathrooms.

And NIHE was predicting a “significant shortfall in the funding required to achieve and maintain our housing stock at a modern standard,” the spokesperson said, adding the situation brought “into sharp focus the need to secure a sustainable funding model for the housing executive, particularly with regard to access to external borrowing”.