The firm, formed this year by property entrepreneurs Nick Shattock and Robert Whitton, said the develop will exceed by 100% the sustainability requirements for the scheme under building regulations. It will incorporate solar energy generation, water harvesting and radiant heating, saving up to 40% of the carbon footprint of traditional build. 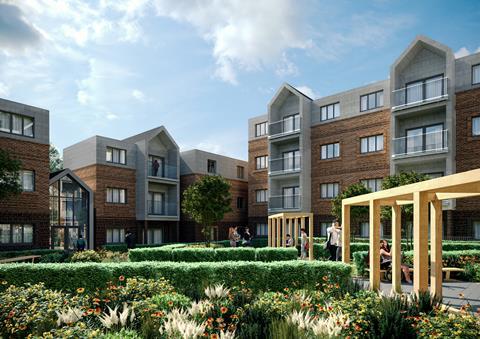 The firm said the town centre scheme will be made up of 56 one and two-bedroom flats, set around a landscaped communal garden.

The developer was formed with the with the backing of £100m from a private family fund, using part of that cash to purchase the loss-making offsite firm Lesko Modular and thus gaining a modular manufacturing facility in Peterborough.

In June the firm said it was hoping to get on site with its first scheme, a 620-home development in Romford, early next year.