Developer Southern Grove has unveiled plans for two new developments, in London and Kent, together providing more than 60 new homes.

It revealed plans today for an £18m project for 54 family homes on the Kent coast near Whitstable, which it said was designed to take advantage of the expansion of the commuter belt following the covid crisis.

The homes, designed by Canterbury architect On Architecture, will consist of 42 houses and 12 apartments, and will be sited halfway between Whitstable and Herne Bay, close to the 300-home Grasmere Gardens project which received planning approval in 2019. 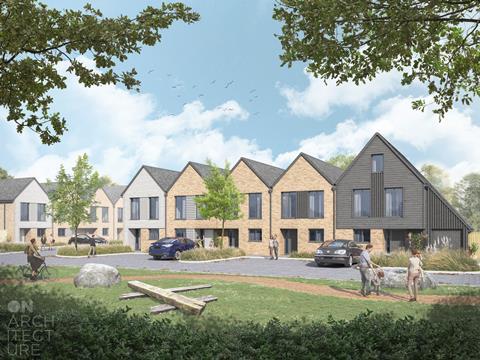 The announcement comes a couple of days after Southern Grove announced plans for a 9-home mews scheme in Enfield, North London, worth £7m, close to Bounds Green tube station.

It also comes a month after the developer said it planned to expand into the Build to rent and co-living sectors, having previously focused on affordable housing, student housing and homes for private sale.

Tom Slingsby, chief executive of Southern Grove, said the Whitstable scheme, called the Willows, was in exactly the kind of location that will benefit from a rise in demand for larger homes outside of London, and would set a “high bar” for quality. He said: “Covid-19 has already been credited with fundamentally altering buyers’ working lifestyles and their property priorities. These shifts will have the power to improve local economies across the Home Counties.