Shares in property developer Capital & Counties leapt today after the Covent Garden and Earls Court owner confirmed it was aware of plans to buy the group. 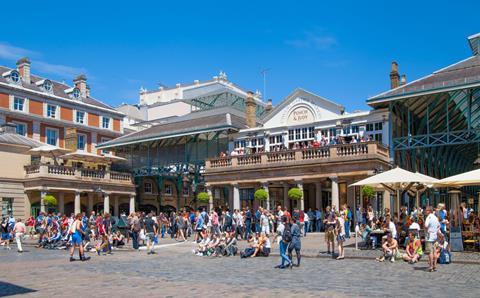 Candy Ventures, an investment vehicle led by real estate speculator Nick Candy, said it was in the early stages of considering a cash bid for Capital & Counties.

Nick Candy and his brother Christian developed the One Hyde Park residential scheme, said to be one of the most expensive residential developments in the world, with the penthouse apartment selling for £136m in 2011.

Candy Ventures is understood to be working with Saudi Arabia’s Public Investment Fund on the deal.

READ: Nick and Christian Candy - the Candy men can

The consortium has until 18 November to confirm a bid or walk away.

Capital & Counties’ shares rose 8% to 271p after news of the potential takeover emerged.

Capital & Counties said its board had noted an announcement by Candy Ventures that it was in the early stages of considering a possible cash offer for the company.

“At this stage there has been no approach made to the company by Candy Ventures or any other party.”

The firm has revealed it hoped to demerge its Earls Court business, and said its board had “full confidence in the company’s strategy and management to continue to deliver significant shareholder value.

“The company is well advanced in executing the separation of its two prime central London estates Covent Garden and Earls Court.”

A note from City analyst Peel Hunt said the Candy Ventures approach was “as much an endorsement of Covent Garden as it was a tilt at Earls Court and as such reinforces our view of the value [in Capital & Counties].