Chair of G15 and former directors from Deloitte, Argent and Morgan Sindall appointed to advisory board of ESG-focused firm

Development and advisory firm Stories has appointed a host of housing and construction experts to its new advisory board as it seeks to expand across the United Kingdom.

The company, based in Fleet Street, works as a principal developer and strategic advisor and focuses on environmental, social and governance (ESG) outcomes. 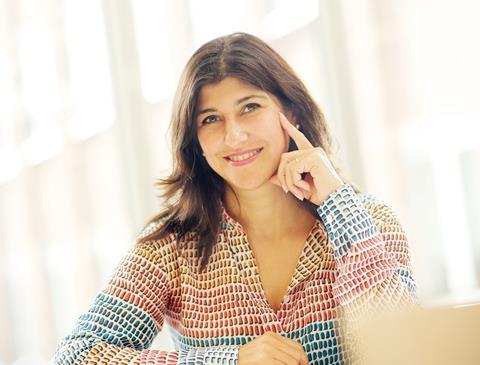 Stories, founded in 2018, partners with landowners, either providing advice or by acquiring projects through joint venture partnerships to deliver new projects. The company measures its output against ESG returns. It tends to focus on projects of at least 150 homes in areas in the lowest third of indices of multiple deprivation close to London or Bristol, although it is looking to expand its reach.

See also>> How will housing associations cope with extra costs?: An interview with Geeta Nanda

The company hopes the new advisory board will assist it as “ secures new development projects and expands its strategic advisory across the UK.”

Nanda said: “It is really exciting being part of an organisation like Stories who believe in a better and more socially responsible way to deliver new homes and communities. It feels like the time for change in the industry is now, and the organisations that will deliver this change start with their values and their stories.”

Stories is wholly funded by its co-founders, Paul Clark, former head of development at GL Hearn, Richard Meier, a former partner at Argent, and James Scott, former chief operating officer at The Collective.

The company’s proposed developments include a new homelessness facility in Westminster for charity St Mungo’s funded through 94 build-to-rent homes, and a 300-home development in Frome, Somerset with social enterprise Mayday Saxondale.

Who’s on the Stories advisory board?

Geeta Nanda: Chair of the G15 of London’s largest housing organisations and founded Metropolitan Thames Valley’s award-winning market rent subsidiary, Fizzy Living, in 2012. She was awarded an OBE for her services to social housing in 2013.

Jon Milward: Managing director at Milward Associates. A former partner at Deloitte Real Estate and dual-qualified surveyor and town planner. During his 30-year career, Jon has advised clients including Defence Estates, University of the Arts London and Network Rail on a number of high-profile developments.

Lisa Scenna: Non-executive director of Harworth Group, Genuit Group and the Australian listed company Cromwell Property Group. Lisa has over two decades of experience working in executive roles in large multinational corporations, most recently as managing director of MS Investments at Morgan Sindall Group. Prior to this, she held executive roles with Laing O’Rourke, leading on their global investment activities.

Tony Giddings: Trustee at charity CRASH and director and trustee of South Bank Academies Trust. Previously a construction director and partner at Argent, Tony recently retired after 30 years at the company.