Miller Homes has been fined £200,000 after polluting a Huddersfield watercourse for more than one kilometre.

The privately-owned Edinburgh-based housebuilder appeared at Leeds Magistrates Court on Monday where it pleaded guilty to polluting Grimescar Dyke with silt on 8 February 2018 near its Lindley Park development.

The court heard that £665m- turnover Miller purchased land for a new residential development on the site in 2012. 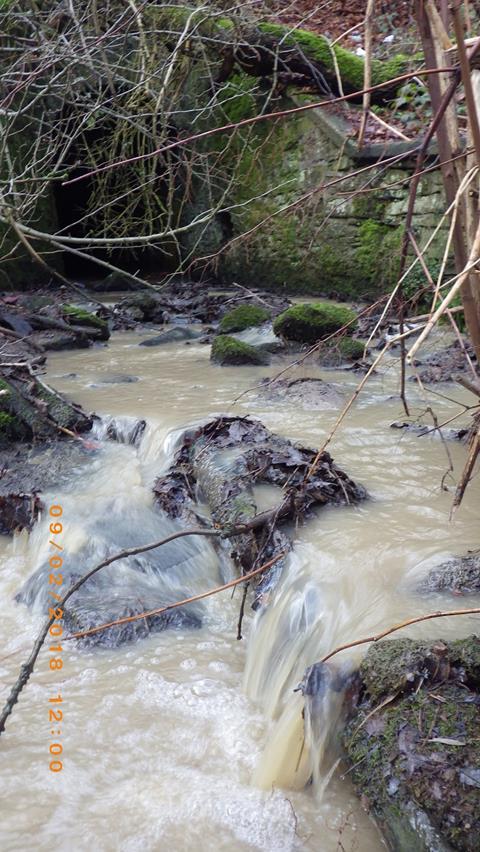 Following reports of discolouration of water on 8 February 2018, an Environment Agency investigation traced the source of the silt pollution to an underground tank on the Miller Homes site.

Miller Homes said it had the site drainage infrastructure cleared by a contractor and this activity could have potentially impacted on the discharge from the tank.

The silt discharge impacted Grimescar Dyke for at least 1.2km, the Environment Agency said. ”Silt pollution is hazardous to fish, blocking their gills and damaging breeding grounds. It can also damage the habitats that aquatic insects, vital food for a number of species, depend on.”

Miller was previously fined £100,000 in 2016 for a similar offence in 2013 at the same site, after which it developed its companywide management procedures

Andy Swettenham, environment management team leader at the Environment Agency, said: “Miller Homes did not follow its own management procedures, put in place after a previous conviction.

“Their own procedures dictate that the site should have a site specific Environment Plan and associated Surface Water Management Plan. These plans did exist but were not sufficient to prevent the pollution.

“This case emphasises the need not only for companies to have a comprehensive water management and pollution prevention plan in place but also to ensure it is fully implemented and all activities on site are properly supervised and monitored.”

A spokesperson for Miller said: ”We deeply regret this incident which fell below our usual high standards.

“As a responsible homebuilder, we wish to apologise and reinforce our commitment to ensuring this type of situation does not occur again in the future.”