Residential developer London Square has revealed it has been forced to secure waivers to its loan covenants.

The London focused developer, set up by former Barratt executives Mark Pain and Adam Lawrence in the teeth of the global financial crisis in 2010, said it had received the full support of its lenders NatWest, HSBC and AIB. 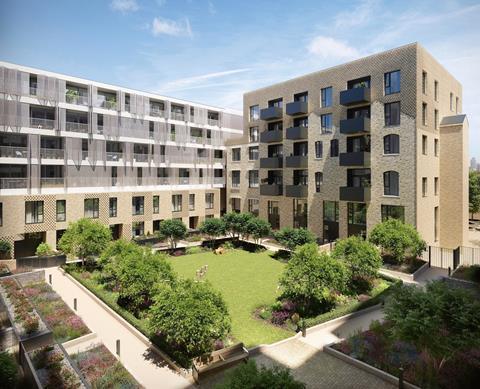 The firm, which is behind schemes in Bermondsey (pictured, left), Orpington and Richmond, made the admission in covid-impacted company accounts for the year to 31 March 2020, in which it reported a 62% rise in turnover to £272m, but generated a pre-tax profit of just £75,000.

London Square said that it had stress tested the business since the year end in the light of the covid crisis, and determined it met the criteria to be classed a going concern, with a cash balance of £34m and £112m of undrawn debt facilities.

However, its company accounts said that “the continued operation of the Group is dependent upon the support of lenders” of a £150m loan facility, as well as a separate £50m loan note placed with Pricoa.

It said the temporary closing of operations, combined with a revision to the “level and timing of profit-making activities” meant it required a waiver for a loan covenant relating to interest payments.

In addition, it said, “it is likely the Group will not remain in compliance with the Interest Cover, Net Asset test and other requirements of the facilities throughout the whole going concern review period”, and that this cast a “material uncertainty” over the firm’s ability to continue as a going concern.

Failing banking covenant tests means that lenders can in theory call for immediate repayment of loans advanced. However, London Square said: “The directors are in regular dialogue with the lenders and the lenders have expressed their support for the business, allowed the continual drawing of facilities and, to date, granted the necessary waivers of facility requirements”, which meant the group had enough capital to continue.

Scott Brown, chief financial officer, London Square, said the firm had secured the necessary waivers in advance of a forecast breach of its banking covenants. He said: “Because of the covic-19 pandemic implications, we consulted with our banks and they have been very supportive, and covenants have been waived.”

The accounts said the firm closed its construction sites on 27 March, but that all work had recommenced by mid May. Production is now proceeding at 80% capacity it said.

The firm said continued uncertainty regarding the outcome of the Brexit process and the covid crisis meant that it would be “challenging” to return the business to former levels of profitability in the coming year. 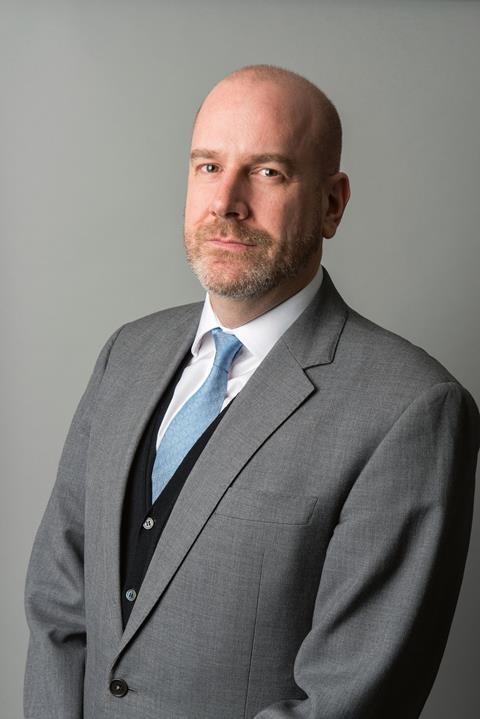 Aside from the covid impact, the firm hailed its strongest sales performance to date, with 559 homes completed, more than double the 253 sold in 2019. Chief executive Adam Lawrence (pictured, right) said the results were the firm’s “best” since launching in 2010.

The firm has a pipeline of 2,353 homes valued at £1.2bn in development value, with significant deals agreed with housing associations Peabody and Clarion and, post-year end, with One Housing, improving the firm’s land bank. Land purchases in the year include a site in Greenwich for more than 700 homes.

Mark Pain, chairman, London Square, said the firm had delivered a “strong operational performance”, despite the impact of the “growing likelihood of the UK leaving the EU without a formal withdrawal agreement and the year-end being impacted by the effects of the covid-19 pandemic.”

Pain added: “These achievements were backed by strong cash generation, successfully reducing the net gearing levels, finishing the year in a good liquidity position, with a solid forward sales position, setting the Group up well for the next financial year.”

Lawrence said the planning system had caused the business further delays in the year, and called for the government to prioritise securing a good Brexit deal and extend Help to Buy.

He said: “We now need to see the government showing leadership and clarity on our future outside the EU to improve consumer confidence. We also need more support from the government on extending Help to Buy beyond its current deadline of 31 March next year, and to make it easier for buyers purchasing outside London using Help to Buy by lifting the restrictive caps which will be in place from 1 April 2021.”

This story was amended at 13:55 on 27/08/20 to add the comment of chief financial officer Scott Brown