Greenwich council has appointed a consortium of firms to a £300m modular housing contract which the businesses claim is the largest such contract awarded to date in the UK.

As many as 750 council homes are being supplied by Liverpool-based off-site supplier Ideal Modular Homes, working in alliance with architect Shed KM. Southwark builder A&E Elkins will begin assembling the houses on site this autumn. 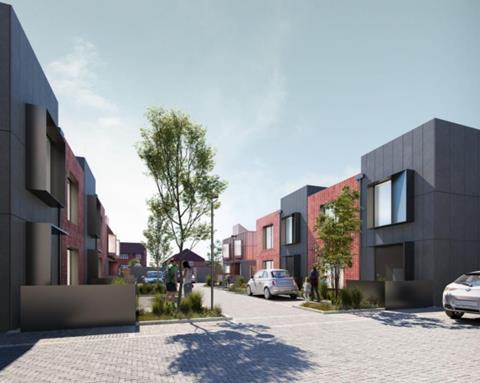 The homes will be used across 60 sites in the borough

The homes, which can be manufactured in four days and installed on site in eight hours, are planned for 60 sites across the south-east London borough. The deal will see all of the homes built to a “carbon positive” standard and rented to Greenwich council tenants at affordable rates.

The firms said that the deal with the council will run for five years with the option to extend by a further five if successful, which would see another 750 homes produced.

The first tenants are due to move in later this year.

He said: “With plans for construction on 750 new homes to be underway by 2022, we’re excited to be at the forefront of delivering innovative zero-carbon council properties, making good on Royal Greenwich’s commitments to tackling both the housing crisis and climate change”