The capital is on track to hit reduced targets, mayor insists

The Greater London Authority has insisted the capital is on track to meet its annual affordable housing targets despite the release of figures showing work has started on just over 1,600 affordable homes in the six months to September.

This means the mayor will have to increase the rate of starts four-fold in the next six months even to meet the massively reduced targets agreed in light of the pandemic. 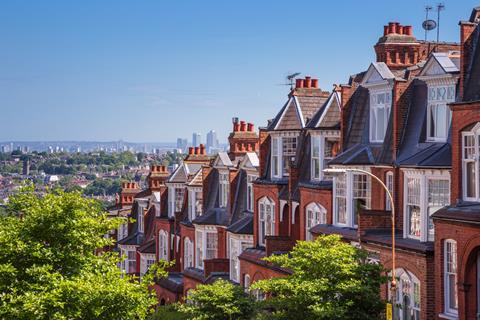 London has a target agreed with the government to start work on 10,300 homes in the year to March 2021. This is already a big reduction on the 17,000-home starts targeted – and ultimately achieved – last year.

The figures show that 1,634 affordable homes were started in the capital between March and September this year, a period that  includes the spring lockdown during which many construction sites ground to a halt. While affordable housing starts are typically greater in the second half of the financial year, this figure is a reduction of two-thirds compared with the 4,874 built in the same period last year.

The pandemic has seen the number of affordable homes completed in the period fall to an even lower level, with just 1,201 finished, also a drop of nearly two-thirds on 2019-20.

London mayor Sadiq Khan has an overall target to start work on 116,000 affordable homes by March 2023. His spokesman insisted the figures left him on track to delivern it.

However, according to the GLA’s housing committee, London needs to start an average of just over 19,000 affordable homes every year until then to meet that goal. 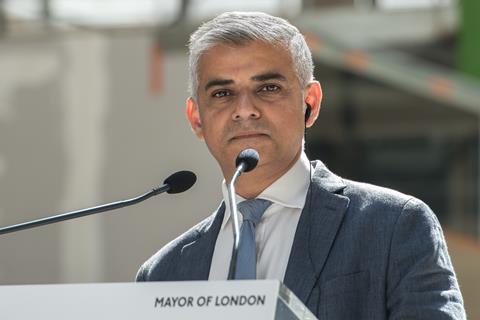 Earlier this year Khan (pictured) called for a £5bn cash injection to help the industry in the capital recover from the pandemic, and for a five-fold increase in annual affordable housing funding.

Murad Qureshi, chair of the London Assembly Housing Committee said it was impressive that some construction had managed to continue, but added: “The news that even fewer homes are being built is a blow to first-time buyers and families across the city who want to put roots down and make London their home through this turbulent time.”

A spokesman for Khan said: “The mayor remains on track to deliver 116,000 affordable starts by end of March 2023. Sadiq has hit every one of his annual delivery targets agreed with the government and last year started the most new genuinely affordable homes in London since GLA records began in 2003.

“Covid-19 has had a major impact on construction, and an economic downturn presents further challenges but the mayor is confident he will hit his target of 10,300 new starts by the end of the financial year.”

The spokesman said Khan and deputy mayor for housing Tom Copley had worked to ensure that the capital’s housing and construction industry emerged from this crisis in a position to deliver “the genuinely affordable homes that Londoners so desperately need”.