Of those in social housing, 16.6% report bad or very bad health, compared with 4% of those renting privately 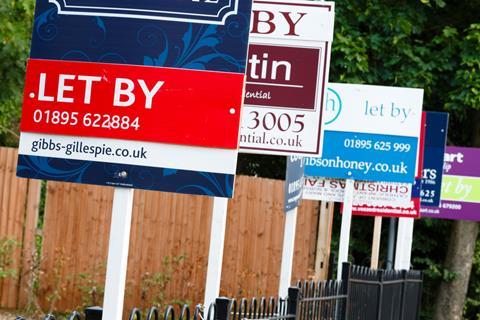 People renting in social housing tend to report worse life satisfaction scores than those who rent privately, according to new data from the Office for National Statistics.

In its latest survey, entitled Personal and Economic Well-being: What Matters Most to Our Life Satisfaction?, the ONS suggested there was a bigger share of people in social housing who were either single, in bad health or unemployed, compared with those who had a mortgage.

The ONS said housing tenure had a “strong association” with life satisfaction. In comparison with those buying a property with a mortgage, the odds of reporting lower life satisfaction were 1.25 and 1.22 times greater for those in social housing and privately renting, respectively.

“Of those in social housing, 16.6% report bad or very bad health, compared with 4% of those privately renting and 3.0% of those buying with a mortgage,” the ONS reported.

Those who were renting privately were “much more likely to be single rather than living with a partner or married, which is also associated with lower life satisfaction”.

Tom Gatzen, co-founder of flatshare agency Ideal Flatmate, said the high costs of renting or lack of suitable properties were not the only factors affecting personal well-being or life satisfaction.

“The number of singles, those in bad health, or those over 60 are largely more reliant on the social and rental sectors to put a roof over their head, but with the rental sector arguably not fit for business, our more vulnerable members of society are enduring a lower level of life satisfaction.

“We need to look at how we can improve the sector for all and while the likes of flat shares are a great way to address issues like cost, loneliness and stock shortages, more needs to be done at the top level to make the UK rental market more inclusive of everyone’s needs.”

Marc von Grundherr, director of London-based estate agent Benham and Reeves, claimed the UK was “a nation of aspirational homeowners” and it was “no surprise that those that have managed to reach the life mile marker of owning their own home will feel more satisfied with themselves, compared to those that remain resigned to a rental market plagued by issues of affordability.

“However, with employment levels at record highs and those listed as employed leading the way when it comes to homeownership, we should hopefully see more and more tenants make the jump to homeowner over the coming years and enjoy an uplift in life satisfaction when they do.”