A controversial plan by social landlord L&Q to build series of residential towers of up to 18-storeys close to the Kew Gardens World Heritage Site has been approved by housing secretary Robert Jenrick.

In a decision letter published today, Jenrick said that he agreed with the conclusion of the planning inspector who interrogated the proposal in January this year, that the plan for a former Citroen car dealership site in Brentford did cause some harm to the setting of Kew Gardens. 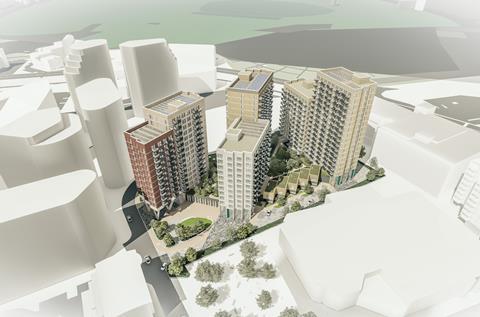 Hawkins Brown’s proposals for the Citroen site at Brentford

However, Jenrick said the “less than substantial harm” to the park, and its Grade I listed Victorian orangery, was outweighed by the 441 homes planned for the site, of which 218 will be affordable.

The controversial scheme, designed by architect Hawkins Brown, was originally refused by Hounslow Council in February 2018, before being called in and approved by the mayor of London later that year.

However, in April last year the then housing secretary James Brokenshire decided to call in the application for his final determination. 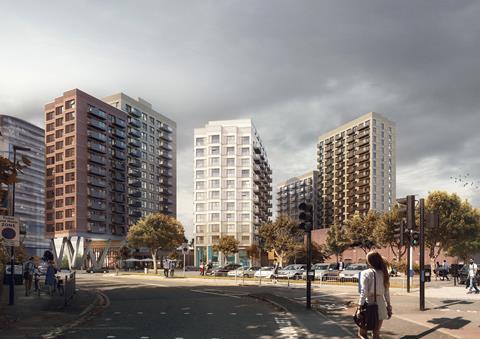 Hawkins Brown’s proposals for the Citroen site at Brentford

In his letter, Jenrick said: “the Secretary of State agrees that the cumulative impact of the proposal, when viewed with existed buildings, on the significance of Kew Gardens, would be minor.” He also said the proposal would cause some damage to other local conservation areas, and that the regeneration benefits were negligible.

Despite this, the planning system requires great weight to be given to any negative impact upon “heritage assets”. The letter states: “Overall, the Secretary of State considers that the benefits of the scheme are collectively sufficient to outbalance the identified ‘less than substantial’ harm to heritage assets he has identified”. 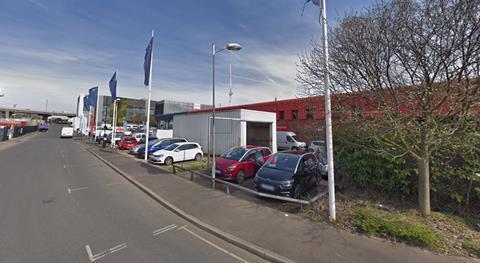 The site prior to development