The rate of new house completions looks to have collapsed to less than half of the level of last year during the second quarter of 2020, according to official data that records new energy performance certificates. 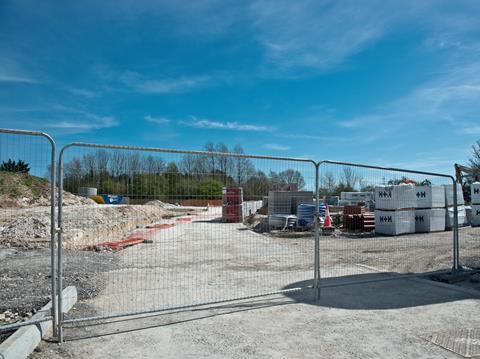 The figures on Energy Performance Certificates (EPCs) are seen as a reliable proxy measure for housing completions because they have to be lodged whenever a new dwelling is finished. It makes the data the first indication of the extent of the impact of the covid crisis on housebuilding rates.

Figures published yesterday for the second quarter of the year show that just 30,394 EPCs were lodged for new domestic properties in the three months to June in England and Wales, down 49% on the number lodged in the first three months of 2020, which was mostly prior to lockdown.

However, the number was a drop of even more – 56% - on the figure for the second quarter of last year, when almost 70,000 EPCs were lodged.

The figures appear to accord with data from individual housebuilders. Taylor Wimpey this week stated that completions had been around 60% down in the first half of the year.

New weekly EPC figures released alongside the quarterly stats show that, at the lowest ebb in the middle of April, just 826 EPCs were lodged in one week, less than a sixth of the rate seen in the first three months of the year.

However, the weekly figures may also provide some comfort to ministers looking at the longer-term impact of the covid crisis. They  show that the number of EPCs, and hence housing completions, looks to have recovered to close to the level seen at the start of the year.

In the latest four-week period to July 20, 17,744 EPCs were registered, just 21% lower than the number recorded in the four weeks  prior to lockdown.

The latest government data on housing starts and completions only runs to the end of 2019, and is anyway seen by many in the sector as unreliable. More comprehensive official “net additions” figures are published annually every autumn, but only cover the period up until the end of March of any given year. 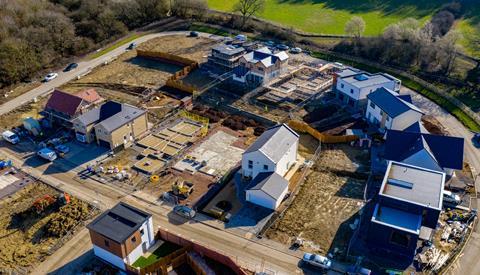 This means that it is unlikely to be until autumn 2021 that  official data showing the definitive impact of the covid lockdown on housebuilding is published.

Neal Hudson, founder of consultant Residential Analysts, said the EPC data was a useful proxy for completions, and had been an accurate predictor of the figures in the government’s official net additions data. He added: “We’ve seen a lot of information now to suggest that the market has recovered more strongly than first anticipated, and this data suggests that completions are now close to normal levels.”

Hudson said the data suggested that, overall, there had been around 35,000 fewer completions in the three months to June than would have been expected if the coronavirus had not forced a UK lockdown. This is equivalent to just under 15% of annual output, and compares to a forecast from the Construction Products Association that housing completions will fall by 42% this year.

Hudson said: “It looks like the scale of the drop in output is much less than people had initially forecast,” but he added that huge uncertainty remains over what will happen later in the year. Many expect a much weaker market to emerge.

It is also not yet clear whether housing starts will have seen a much bigger fall than completions, as housebuilders look to bring cash in by finishing work in progress. “Housebuilders will almost certainly have been prioritising finishing half-built schemes over starting new ones,” Hudson said.

A big fall in starts will feed through into lower completions over the next year to 18 months.

The data follows reports from estate agents of a strong rebound in the property market, compounded by the cut in stamp duty brought in by chancellor Rishi Sunak at the start of July.