Vistry and Barratt have secured permission for a 700-home scheme in Stafford after amending the design of the streetscape to address councillors’ concerns. 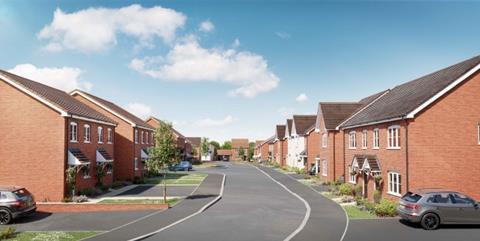 Vistry’s plans for the site

Stafford council has approved the scheme at the 95-acre site north of Marston Grange in Beaconside, Stafford, which is being built out as a 50/50 joint venture between Barratt and Vistry – the housebuilder formed from the merger of Bovis and Galliford Try’s housing businesses at the start of last year.

The application previously came to committee in December, but was sent back to the builder after councillors raised concerns over the effect of house-front parking on the streetscape, the impact on a protected tree, and disabled access to proposed bungalows.

Councillors have now approved the plans after the housebuilders submitted revised proposals addressing the parking issues and threat to the protected tree. 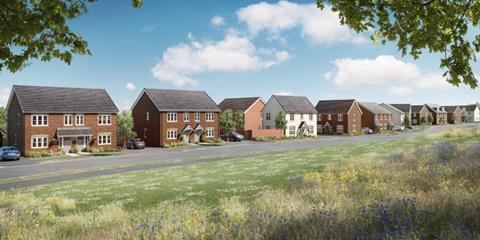 Plans for the site from Vistry

Vistry said the housebuilders have also agreed to upgrade the highways infrastructure and contribute £10m to the community, in addition to allocating 30% of the site for affordable housing.

Enabling works have already started on the site, with the first homes expected to be occupied later this year.

Keith Carnegie, chief executive officer of Vistry Housebuilding, said: “Vistry is delighted to have been granted planning permission for this landmark development in Stafford. It is an area we know well and signals our commitment to the region.”