Shares in housebuilding firms soared this morning on the back of press reports that the chancellor is poised to announce a temporary stamp duty holiday to boost the housing market. 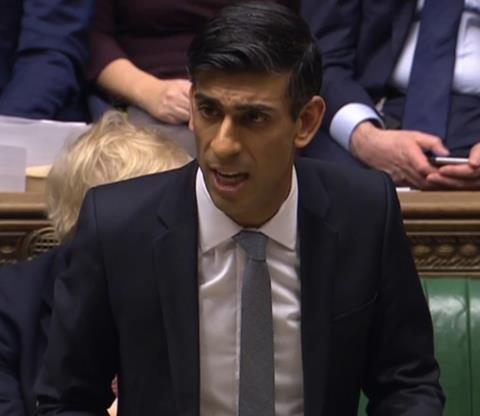 Housebuilders have welcomed the news, reported in the Times, that Rishi Sunak (pictured, left) has drawn up proposals to exempt most homebuyers from paying any stamp duty by raising the threshold at which stamp duty is paid from £125,000 to as much as half a million pounds.

The announcement of the change, which would take effect from the autumn, is expected to come within Sunak’s economic statement designed to address the recovery of the economy from the covid crisis, due on Wednesday this week.

The share price of leading housebuilding firms rose as much as 7% on the news, significantly outpacing the 1.7% rise reported in early trading across the London Stock Exchange as a whole. Shares in the UK’s largest, Barratt, which also issued a trading update today, rose by 7.6%, while the price of Persimmon, Taylor Wimpey and Redrow equities rose 6.5%, 6.2% and 7.5% respectively.

The Home Builders’ Federation welcomed the reports, which follow the body lobbying government for a reduction in stamp duty. Stewart Baseley, executive chairman of the HBF, said: “Creating a better functioning housing market will reduce the barriers people currently face to finding homes that suit their needs and so stimulate activity.

”The government understands that moving house has far-reaching benefits for the UK economy and this may form part of a wider re-think of property taxation that recognises this strategically important role. However, it would need to be introduced immediately to prevent buyers from putting plans on hold and losing the momentum that has built since the market re-opened.”

According to the Times, the temporary shift to a £500k stamp duty threshold could last for as much as a year, though the Mail reported it was more likely to last just six months. Currently home buyers pay 2% stamp duty on the price of homes over £125k and 5% on the price between £250k and £925k.

First-time buyers are already exempt from paying the tax on properties worth up to £500k in London and £300k in the rest of the country. According to the Land Registry, the average price of a home in the UK is £231k.

Sunak’s speech is designed to boost the economy in the wake of the coronavirus crisis, which has already seen the size of the economy contract by 20% in April. The Bank of England has predicted the steepest fall in GDP in over 200 years in 2020.