Privately-owned housebuilder to build 200 homes for the homeless

Hill, the Waltham Abbey-based housebuilder, is setting up a £10m charitable foundation to build 200 homes for people who have found themselves homeless. 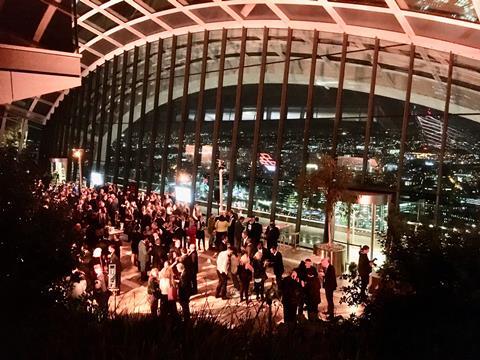 Speaking at an event in London last week (pictured) to celebrate the 20th anniversary of the privately owned group, chief executive Andy Hill said he wanted to “give something back”.

“We consulted with members of the family and our directors and we decided to set up the Hill Group Foundation 200.

“We will build 200 modular homes for homeless people over the next five years to give them a chance in life.”

The foundation will be backed with £10m and deliver the homes on small plots of land such as former garage sites across the south of England where the group operates.

Hill said he had been made redundant more than two decades ago and it had proved to be a life-changing event. “But at least I wasn’t homeless. I can’t imagine what that must be like. So I’ve pledged to give something back.

“We will deliver 200 bespoke homes, designed by us, with their own front doors, and kitted out with fixtures and fittings. They won’t be high-rise or high density, rather they will have a sense of place, he added.

Hill urged local charities and housing associations to lend their support to the foundation and help identify those individuals who needed the new homes most.

“The homes will have a design life of 60 years, but they will probably last a lot longer,” he added.

Celebrating the group’s 20 years in business, Hill paid tribute to the firm’s staff and suppliers in front of an invited audience of 600 in the Sky Garden of 20 Fenchurch Street – aka the Walkie Talkie – in the City of London.

Last year Hill reported turnover of £502m and a pre-tax profit of £48m.