A new levy to be paid on the construction of high rise buildings could affect as many as 14,000 new build homes a year, the government has said.

In a consultation issued yesterday on the design of a new “Building Safety Levy” on the construction of high-rise housing, the government also said the tariff would not be levied on affordable housing. 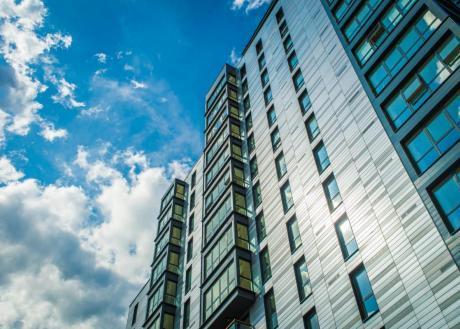 The levy, which is being brought in to help pay for the £5bn package of leaseholder assistance measures announced in Feb in the wake of the ongoing cladding crisis, will be paid by any developers of houses and care homes which are at least 18m or seven storeys high, prior to construction starting.

The housing ministry said it expected just 200 individual schemes were likely to be caught by the levy each year, equating to between 12,000 and 14,000 individual apartments. However, it has still not set out how much it expects the tariff to raise, and admitted the ministry was “uncertain” whether the levy could have an impact on new supply coming forward.

The levy, previously referred to by government as the Gateway 2 Levy, is being proposed in addition to a new £2bn 10-year residential property developer tax on the profits of major housebuilders and developers. It is to be brought in via the Building Safety Bill, which had its second reading in parliament yesterday.

The consultation said the government was considering whether to levy the tax on the basis of a charge per sq m of internal floor space, or per residential unit. Either way, it said, it will consider how to vary the rates to reflect different property values in different areas.

>> All our Building Safety Bill coverage in one place

The department said it was considering the impact of the levy upon viability of new build schemes, but said the 12,000-14,000 new homes affected each year were only a “small fraction” of the total number of houses delivered. However, the department’s consultation conceded that the levy “may result in a reduced number of plots viable for development, with a subsequent impact on completions”.

Gateway 2 refers to the second stage of regulatory approval that all high rise residential buildings will have to go through under new powers being brought in via the Building Safety Bill, and will be the building control stage. This tariff will be levied at this point – with building control approval to be withheld until the tariff is paid.

The Home Builders Federation has questioned why many developers, who have already committed hundreds of millions of pounds to repairing existing blocks, should be effectively forced to pay again for repairs they have already undertaken.

Housing secretary Robert Jenrick told the House of Commons yesterday that while some firms had committed cash, overall “the industry needs to go further”.

“That is why we are introducing a new levy on high-rise residential buildings,” he said. “We have published today a consultation document on the levy and I welcome views from all interested parties on its design.”