The government has been warned the building safety measures it announced yesterday could have a string of unintended consequences.

Some in the industry registered concerns the developer taxes, worth more than £2bn, could inhibit new schemes and push up property prices. However, the UK’s largest housebuilder, Barratt, welcomed the announcement, saying it supported a fair levy system if it eased the burden on homeowners without threatening the supply of new homes.

The responses to the new tariffs came amid widespread anger at how many people were left out of the Robert Jenrick’s package of support which will see the government forward-fund the cost of cladding repairs alone, and only for buildings over 18m. 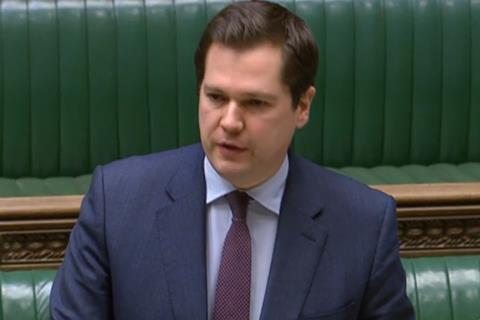 In addition, Jenrick said the government will introduce another tariff, called a ‘Gateway 2’ levy, to be paid “when developers seek permission to develop certain high-rise buildings in England”.

The housing ministry did not say how the taxes will work or the rules which determine which firms will be liable for them but said the government will consult on the design of both tax schemes in “due course”.

But Andrew Southern, chairman of property developer Southern Grove, said it was “laughable” to penalise developers who were not responsible for the cladding crisis.

“This sort of regressive tax will only stagnate housebuilding, which is the exact opposite of what the UK needs,” he said. “By applying it only to the largest developers building the tallest buildings, it will also disincentivise creation of housing in the high-density areas that are badly in need of new stock.”

Simon He, technical director at architect Farrells, said the tax would not be enough to “ensure history doesn’t repeat itself on new projects”.

He added: “With the Gateway 2 developer levy, we’re at risk of ‘historic’ collective responsibility going on for quite some time if there is not a wider commitment to non-combustible materials from the outset of design.

“Despite the industry’s best efforts there are legally compliant schemes underway at the moment which don’t use favourable materials. We need clearer responsibility, accountability and more upskilling in material choices and research to remedy the mistakes of the past.” 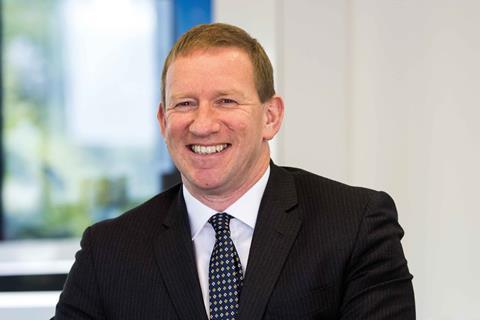 David Thomas, chief executive of Barratt (pictured) said the taxes could be necessary to ensure affected homeowners don’t end up paying for the cost of repairing cladding. He said: “Whilst this is a hugely complex situation with many parties involved, we believe that housebuilders and the broader industry have a collective responsibility to be a part of the solution. This is a decision for government, but we would support a fair, prospective levy as part of any way of easing the burden on homeowners without threatening the future supply of much-needed new homes.”

These comments came as landlords and cladding campaigners registered dismay at the exclusion from the government’s support package of buildings below 18m in height, and building safety work other than cladding.

Housing association L&Q said many of its affected leaseholders would be disappointed that the government had not addressed non-cladding safety issues or buildings under 18m. “There is still a lot of work to do to make all affected homes safe, as this is about more than just removing and remediating cladding,” said a spokesperson.

Former RIBA president Jane Duncan, chair of the institute’s Fire Safety Expert Panel, said she was “frankly shocked by the government’s continued underestimation of the scale of our building safety crisis”.

She added: “Fire does not discriminate by height. By only agreeing to fund removal of dangerous cladding on high-risk residential buildings above 18m and offering a second-rate loan scheme to the desperate owners of buildings above 11m, policymakers are continuing to fail thousands of vulnerable people.”

David Westgate, chief executive of Andrews Property Group, said by excluding people in lower-rise blocks the government had “let down millions of UK homeowners who bought a property in good faith only to find it’s become a chain around their necks”. He added: “The law says they don’t need an EWS1 form but the reality is completely different. Without a form to show the cladding is safe, mortgage companies are reluctant to lend on a property block with cladding even if it’s below 18m in height.”

In addition, Katherine Metcalfe, legal director at law firm Pinsent Masons, said the Building Safety Fund application process was so complex it was deterring building owners who urgently want to improve safety for their residents.

Tristan Wark, a senior associate in commercial real estate at law firm Goodman Derrick, lives in a flat where the cladding has been assessed as not meeting the required standards. The owner of his building plans to commence remediation works this year.

He said the announcement was a step in the right direction that he hoped would provide some comfort to people in similar situations.

“The cladding issue has been and remains a huge cause of concern for leaseholders, building owners and lenders,” he said. “Leaseholders have inevitably been hardest hit by this issue to date, being trapped in homes that they cannot sell, and suffering the anxiety of not only knowing that they live in a building of unacceptable fire safety, but also that they potentially face the huge costs of remediation.”

His colleague Tom Pemberton said many questions remained about the small scope of the government’s intervention. “It will… not provide any cover at all for lower-rise buildings, and it seems that it will not cover the cost of other essential work to make buildings of any height safe. For example, a fire risk is often presented by faulty smoke ventilation systems and combustible insulation inside the external wall (not the external cladding). These elements need to be signed off by accredited fire safety professionals before properties become mortgageable and marketable.”

Andrew Mellor, a partner at housing architect PRP, said the additional funding would “go a long way” but that more clarity was needed on the financing mechanism for lower-rise buildings and whether balconies will be included.

“Facade remediation is by far the highest cost that leaseholders will face, and now building owners must respond to get buildings remediated and safe as soon as possible, thereby reducing other interim costs such as insurance and waking watch,” he said.

“Our concern is that building owners and the wider industry do not have the capacity to respond to the magnitude of buildings that need to be concurrently remediated. It will consequently be five to 10 years before the nation has completed all of the building safety works.”

Speaking in the Commons yesterday, housing secretary Robert Jenrick said the government will provide £3.5bn in grants to pay for cladding repairs on high rises, on top of the £1.6bn already allocated, making a £5bn fund in total. Those living in buildings lower than 18 metres – around six storeys – will be expected to take out a loan, secured against the property, with the guarantee that payments for individuals will never exceed £50 a month.

’Those responsible must pay’

Lord Porter, building safety spokesperson at the Local Government Association, said: “The Grenfell Tower disaster exposed a building safety system that is not fit for purpose. If a building found to be unsafe has been built according to building regulations, then the Treasury needs to pick up the cost of remediation and, if not, then those responsible for building it must pick up the cost to make it safe. If a product on the building has failed, then the manufacturer must be liable for the cost.

“We urge the government to bring forward this relief as soon as possible to ease the suffering of leaseholders and prevent wider economic damage that could result if the cladding scandal continues to impact the housing market as it has done recently. Social landlords taking swift and responsible action to fix their dangerous buildings will also need their costs covered so they can also focus on investing in the social housing the country needs.

“In some areas many building safety failures are not caused by dangerous cladding but other construction faults. It is important that these leaseholders can also be protected from the cost of any repairs to make their homes safe.”