The number of plots in England given planning permission fell 32% (3,954) behind that of those registering to self or custom build between October 31 2020 and the same date in 2021

The number of plots English councils have given planning permission to for self- or custom-build fell 32% behind the number of individuals registering to construct their own homes in the year to October 31 in 2021, official statistics have revealed.

The Department for Levelling Up, Housing & Communities figures showed 12,263 individuals registered to custom- or self-build over the period. 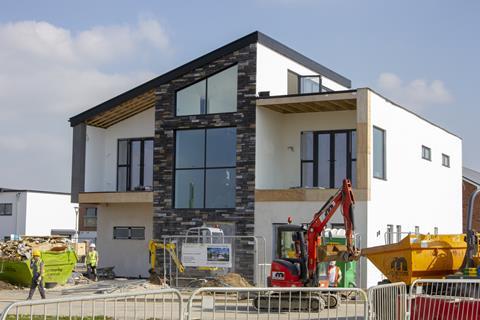 But just 8,309 planning permissions were granted permission in the same period. This was a difference of 3,954 (32%) between registrations and plots given planning permission. If plots are not available, those on the register are unable to build their properties.

Andrew Baddeley-Chappell, chief executive of umbrella group the National Custom & Self-Build Association, said: “You can see councils are not bringing forward enough plots with permission to meet the demand being registered.” He said councils were tending to favour giving planning permission to larger sites and those earmarked in the local plans in order to meet their housing targets.

He said councils were sometimes struggling to give permission because of stretched resources and because they often did not have land themselves to give. Planning authorities often have to acquire self-build plots indirectly, such as on the edge of another development, and this was not always easy to come by, Baddeley-Chappell said.

Baddeley-Chappell said it needed to be easier to get permission. He pointed out the government is currently reviewing the Self-build and Custom Housebuilding Act 2015, which requires councils to give permission to plots by law but does not stipulate consequences if they do not approve self-build proposals.

The figures follow the publication of the Bacon Review, comissioned by the prime minister and completed last year, which suggested ways to boost self-build, such as raising its awareness and ironing out tax issues, which Baddeley-Chappell said could mean more plots are given permission in the current year. The review said the sector could deliver 30,000-40,000 self- and custom-build homes per year if all the measures were implemented, however the government is yet to formally respond to its findings.

Baddeley-Chappell also said Right to Build legislation launched in 2016 that is aimed at supporting self build, and Help to Build, an equity loan that can be made to people in England who want to build their own home, could help. “These initiatives should make it easier to custom and self build and should make local authorities more supportive of this,” he suggested. Baddeley-Chappell said the review of the Self-Build Act would ideally bring in consequences for planning authorities that did not give permission for self-build plots to bring the “bad” councils up to be the same level as the ”good”.

A spokesperson for Department for Levelling Up Housing and Communities said:  “We support self and custom build housing and encourage councils to grant planning permission.

“Our £150 million Help to Build scheme will help increase the supply of self and custom build while making it a realistic and affordable option for people looking to get on the housing ladder.”