Councils have been much more able to refuse planning applications on design grounds since alterations to national planning policy made in 2020, according to the latest research.

A study by the Place Alliance found that since changes to the National Planning Policy Framework designed to prioritise good design, the proportion of local authority refusals which were subsequently overturned by the Planning Inspectorate (PINS) had dropped dramatically.

The research found that prior to the changes, many local authorities didn’t prioritise design because they felt that PINS wouldn’t back their decisions to refuse applications on the grounds of poor design, given the requirement to prioritise housing need. 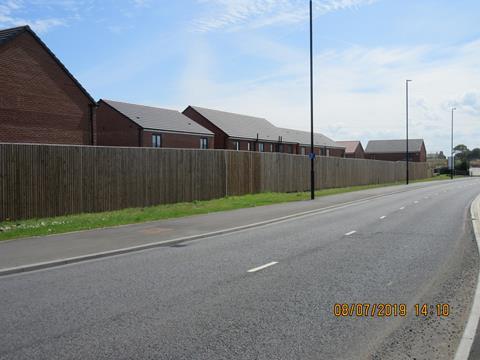 An analysis of planning appeal decisions where design was the grounds for refusal conducted for the research, found that the majority of appeals went in favour of developers prior to the NPPF changes in July 2020. It found that seven out of 12 refusals were overturned, with permissions granted, a ratio of 5:7 in favour of the developers.

However, the group’s analysis of similar appeal decisions in the period after the NPPF changes, showed that by far the majority of decisions backed the local authority’s original refusals on design grounds. It found that just seven out of 20 refusals were overturned, a ratio of 13:7 in favour of the local authorities.

The report said: “It is apparent that a marked shift in the likelihood of local authorities successfully defending design-based appeals has occurred. This shift is clearly apparent in the arguments used by Inspectors who, on the face of it, seem to have been liberated to consider design on equal terms with other factors.”

The change comes after the July 2020 change to the NPPF amended the text of national planning policy, raising the bar by telling councils to refuse not just development of “poor design”, but any development that is “not well designed”.

As well as PINS, ministers have turned down a number of high-profile schemes at least in part on design grounds in recent months, including the controversial Westferry Printworks scheme, the Brighton Marina project, and a redevelopment of Woking FC’s ground.

Richard Blyth, head of policy at the Royal Town Planning Institute, which helped fund the research, said: “We’re pleased to see the Planning Inspectorate backing local authorities in England who refuse applications on the grounds of poor design. This should be an encouragement to local planning authorities across the country.”

The Place Alliance is an informal grouping of housing design experts convened by the Bartlett School of Planning at UCL, chaired by professor Matthew Carmona. It was the organisation behind the 2020 Housing Design Audit for England, which found that three quarters of new housing developments in England were rated as mediocre or poor design when assessed against 17 urban design considerations.