Build to rent developers to be exempt from £2bn cladding tax

The Treasury is to exempt build to rent developers from its proposed £2bn “cladding” tax being brought in to pay for the cost of fire safety repairs on existing buildings.

The exemption, confirmed to Housing Today by the British Property Federation (BPF), which represents Build to Rent developers, comes a week after the Treasury amended draft legislation to also exclude housing associations from paying the tariff. 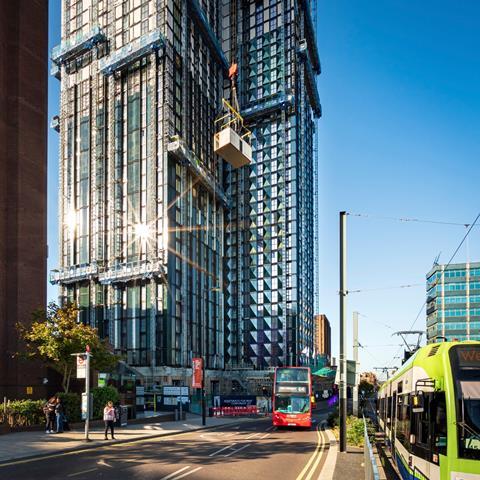 The new tax, first proposed by former housing secretary Robert Jenrick in February, is designed to raised £200m a year for 10 years from developers making profit of more than £25m per year, in order to contribute to the cost of fire safety reforms.

The exemption follows the BPF arguing the case for the sector’s removal of the tax, on the basis that build to rent developers are already paying the full cost of any repair work to the homes they have built, given the lack of any legal recourse to pass these costs on to tenants.

Typically, tenants of rental properties are not liable for the cost of major repair works to the building via services charges, while many leasehold owners of flats are facing huge bills for repair work.

The tax is set to be applied as a surcharge to the normal payment of corporation tax, on the profits of residential property development.

It is not yet clear exactly how the Treasury intends to enable the exclusion of rented property, and whether this exclusion will also apply to rented properties at the point when the freehold interest is sold to another landlord.

Last week the Treasury told representatives from the housing association sector that it was exempting all development activities of the non-profit housing sector, even the building of housing for private sale, on the basis that cash generated was going back in to the creation of new affordable homes.

The final details of the tax, including, crucially, the rate at which it is set, are due to be outlined in the comprehensive spending review scheduled for next Wednesday.

Ian Fletcher, director of real estate policy at the British Property Federation, said: “We welcome the Government’s confirmation that the new Residential Property Developer Tax will not apply to those who build and hold build-to-rent developments.

“There is still some devil in the detail for those who develop and sell to investors and we want a level playing field for all in the sector. Building safety is a priority for build-to-rent owners, and the sector has ensured that tenants are both safe and protected from any financial impact. Any other decision would have been unfair, given the build-to-rent sector has not contributed to the building safety problems and the attributed financial disputes between freeholders and leaseholders, which this new tax is intended to fund.

The Treasury and the Department for Levelling Up, Housing and Communities have both been contacted for comment.