A fifth of Tory party donations from property sector

Property developers were behind more than one-fifth of donations to the Conservative Party over the past decade, according to anti-corruption campaigners who say the party’s reliance on the industry risks deterring ministers from tackling the housing crisis.

Transparency International said that not only did more than 20% of individual donations come from people or organisations with interests in the property sector, but that just 10 large property-sector donations accounted for one-tenth of the party’s income between 2010 and 2020. 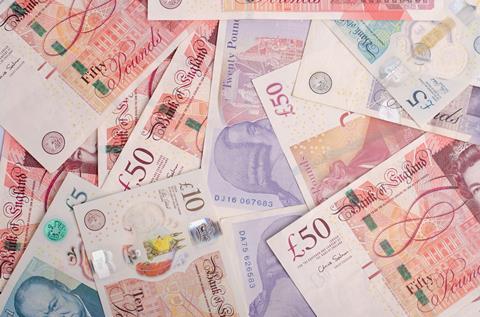 The report by the campaigning charity comes as the government stands accused of attempting to force through a “developer’s charter” in the shape of its proposed reforms of the planning system. The Labour Party has said it is using the reforms to “pay back” wealthy donors.

Transparency International said that in total £60.8m had been donated to the Conservative Party by “individuals and companies with substantial property interests” in the period, accounting for 80% of the £75m donated to all political parties from the sector.

The £60.8m figure is 13 times the amount donated by the sector to the Liberal Democrats, the next largest recipient of funds from the sector.

Individual donors to have put in more than £1m include several companies owned by JCB magnate Mark Bamford, JS Bloor – part of Bloor Homes – and Bridgmere UK, owned by Redrow founder Steve Morgan, a long-time critic of the planning system.

The issue is particularly controversial given the political backlash over the government’s planning reforms, which propose designating “growth areas” where developers are given automatic outline permission, and which are seen as having contributed to the government shock defeat in the Chesham and Amersham by-election.

A bill containing the reforms was announced in last month’s Queen’s Speech and is likely to be brough forward this autumn.

He said: “Since the current prime minister took office, donations to the Conservative Party from major developers have increased by nearly 400%. That money was an investment in expectation of a return, and here it is. The prime minister is paying back developers by selling out communities.”

The report also follows controversy last year over the granting of planning permission, against the advice of an independent inspector, for the £1bn Westferry Printworks scheme being promoted by Tory donor Richard Desmond. 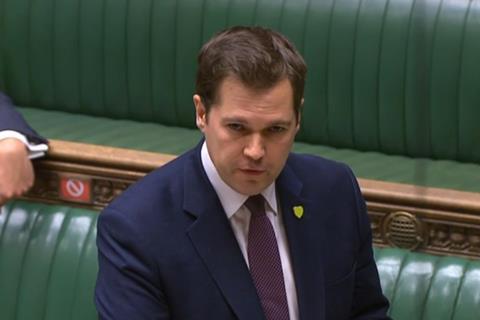 The decision was quashed by a judge for reasons of “apparent bias”, and it later emerged that Desmond had lobbied housing secretary Robert Jenrick over the decision at a private Tory fundraising dinner.

Transparency International said its concern around the level of donations was heightened by the high churn of both officials and ministers in the housing ministry over the past decade, which made the department increasingly reliant on external advice rather than internal expertise.

The group concluded: “While we have seen insufficient evidence to prove beyond reasonable doubt any direct quid pro quo arrangements of donations for decisions, this dependence creates a real risk of aggregative corruption, whereby the actions and judgements of ministers are incentivised by their party’s financial ties to interest groups in this policy area.”

Duncan Hames, director of policy at Transparency International UK, called for a “major overhaul” of transparency rules around lobbying and donations in order to ensure that developers were not gaining undue influence. He said: “The extent to which the Conservative Party depends financially on those with major property interests is of serious concern.

“An unhealthy financial reliance on those with vested interests in one sector puts ministers under pressure to provide exclusive access which creates a real risk that decisions are skewed in their favour. Breaking this dependence is key to removing the risk of undue influence and freeing government to explore bolder solutions to address the housing crisis.

Last week Robert Jenrick signalled an apparent climbdown over the proposed planning reforms, saying that he did not want to “rip up” the current system, and dropping plans for a nationally-set flat rate infrastructure levy.

Responding to Steve Reed’s accusation last month, Jenrick said the proposed reforms were designed to ensure more public engagement and democracy, and break the dominance of the large developers. He said: “If the Bill were to fail, it is the big-volume house builders who would be celebrating. […] The current system is stacked in favour of the big boys and we are going to change that.”

A Conservative Party spokesperson said fundraising was a legitimate part of the democratic process, but that government policy was “in no way influenced by the donations the Party receives”.

“Donations to the Conservative Party are properly and transparently declared to the Electoral Commission, published by them, and comply fully with the law.

“The Conservative Party is delivering on its manifesto commitments to deliver more homes, with new housing supply having risen to its highest levels for 30 years. Working with the housing industry is an essential part of getting new homes built and regenerating brownfield land.”

A pokesperson for the housing ministry said: “Our much-needed planning reforms will simplify and modernise the system so we can build more of the high-quality, sustainable homes our communities need.

“All policy decisions are made in line with published propriety guidance and the Civil Service and Ministerial codes. Government policy is in no way influenced by the donations the Party receives – they are entirely separate.”