A senior planning lawyer involved in the legal challenge over housing secretary Robert Jenrick’s decision to approve the £1bn Westferry Printworks housing scheme has called for the government to release fully unredacted versions of internal emails and text messages relating to the case. 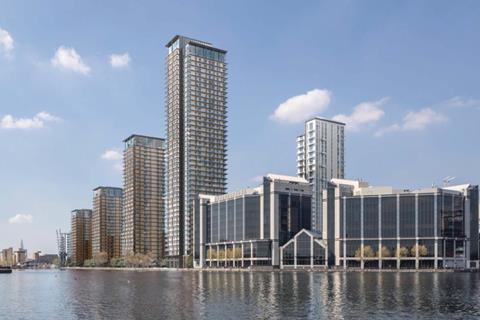 Sasha White, QC at Landmark Chambers, who represented Tower Hamlets Council in its successful legal challenge to Jenrick’s decision, said he was “staggered” by the extent of contact that Jenrick had with the scheme’s developer, billionaire media mogul Richard Desmond.

Jenrick this week published a cache of documents relating to the appeal decision for the 1,500-home scheme, which included personal text messages between Desmond and Jenrick following their meeting at a Tory party fundraising dinner, during which Desmond lobbied the minister over the scheme.

The messages show that Desmond urged Jenrick to make the decision in time to allow the scheme to avoid payment of a local infrastructure levy worth up to £50m, which Jenrick duly did. Only after a few messages had been exchanged did Jenrick say he thought it would be inappropriate to meet, given his role determining the application.

Richard Desmond is a donor to the Tory party and paid £12,000 to go to the dinner at which he met the housing secretary. The approval of the scheme was quashed following Tower Hamlets’ legal challenge, with the secretary of state accepting it showed “apparent bias”. 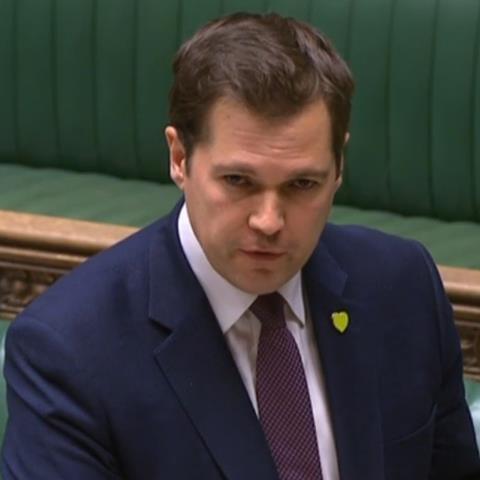 Jenrick (pictured, left) has consistently denied displaying any actual bias in the determination of the decision.

However, many of the internal emails from officials have large redacted sections. White said “There is a vast amount of redaction here – it leaves you asking why we haven’t got the full material. If Mr Jenrick wants full transparency why should any of it be redacted? There’s so much still not in the public domain.”

In a letter to the housing and communities select committee chair Clive Betts, Jenrick said the redactions were in line with Freedom of Information exemptions and “consistent with the approach outlined in the Government Response to the Public Administration and Constitutional Affairs Committee Report on ‘Status of Resolutions of the House of Commons’.”

White added: “The frustrating thing is that in his letter to the select committee he is effectively saying ‘trust me’ but then redacting lots of the information.”

Examples of redactions include half a line in an internal email between officials discussing Jenrick’s decision, which says “[REDACTED] on this basis he would like to proceed with issuing the decision letter this evening confirming the application is being approved”.

White said the amount of contact between Jenrick and Desmond was “quite extraordinary” and “completely undercut any perception of fairness” in the planning system.

“Just imagine,” he said, “that you had submitted an application – the thought that another interested party had that level of access and engagement with the decision maker is staggering.

“If this is allowed it is so open to abuse. Who else has got Jenrick’s personal phone number?

“The secretary of state is given enormous power to grant permission, and if someone is given that power, the judgement has to be exercised immaculately. We have got to get back to proper standards in public life.”

In his letter to MPs releasing the information, Jenrick said it was legitimate for him to bring forward the date of determination of the appeal because of concerns over viability of the scheme if it had been subject to the CIL charge. He said he was not aware of the price paid by Desmond for the ticket prior to making his decision, and that he had no idea he would be seated on the same table as him. He said: “There is no question here of any individual influencing government decisions by virtue of any donations they may give to the party or their attendance at party events”, and said he made clear to Desmond that he would not discuss the matter.

However, Jenrick conceded in his letter that “I do appreciate the strong argument that things could and should have been handled in a different manner”, and promised a review of guidance to ministers on how to make planning decisions.