Conservative MPs have lined up to criticise the government’s proposed planning reforms in the wake of the party’s shock defeat in the Chesham and Amersham by-election. Former leader Lord Hague compared the proposals to the “poll tax”.

Hague used an article in The Times to call for the government to reconsider its reforms, while a raft of Conservative backbench MPs yesterday used a Labour-convened debate to press for changes to the policies laid out in last year’s Planning for the Future white paper.

The white paper, launched by prime minister Boris Johnson and communities secretary Robert Jenrick last year, proposed forcing councils to confer outline planning permission on swathes of land by allocating it for “growth” in local plans. It has been dubbed a “developer’s charter” by the Labour Party. 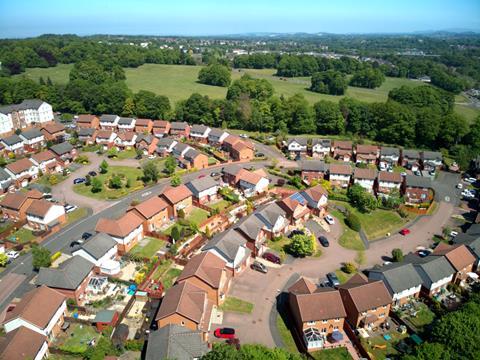 It also proposed replacing the current Section 106 system of developer contributions with a nationally-set infrastructure levy, and imposing mandated housing targets on local authorities using a formula drawn up in Whitehall.

Hague wrote that the current “furore” over the planning white paper reminded him of the fuss about the proposed poll tax in the 1980s, which was eventually credited with bringing down then prime minister Margaret Thatcher.

He said: “That is not to argue that it will be such an all-consuming issue or bring down a prime minister. But it has the ingredients of huge trouble ahead, not just in the southern shires but among northern Tories, most of whom live in their own pleasant suburbs and villages.

“It would be wise, before finalising the forthcoming legislation, to take stock and make changes.”

His comments came as Bob Seely, a long-time Conservative critic of planning reform, used yesterday’s debate to accuse the government of treating local people “as the planning equivalent of a foie gras goose, with ever more housing shoved down them”.

He said: “Stripping away democracy, at whatever level, should be avoided by a Conservative government.”

Other Conservative backbenchers also set out objections, with former planning minister Bob Neill urging the government not to push through reforms that would drive administrative efficiency “at the expense of local democracy.”

“We need to recognise that that cannot come at the expense of the right of communities to have a say in how those very communities in which people live, have put down their roots and have a stake, are developed,” he said.

Tory MP William Wragg said he was “sceptical” about the reforms proposed, while fellow backbencher Claire Coutinho urged the government to ensure that the need for new homes was “balanced against the needs and legitimate concerns of existing communities”.

The comments echo criticisms of the proposals already laid out by former PM Theresa May, as well as high-profile former health secretary Jeremy Hunt, and come amid speculation that plans could be ditched in the wake of the shock Lib Dem by-election victory, seen as a sign of dissatisfaction over the proposals.

In response, housing minister Chris Pincher told the House of Commons that the proposed reforms were a “sensible set of proposals to address the failures of the English planning system”, and were “designed to give communities more of a say, not less”.

“We strongly believe that a modernised, transparent, engaging planning system that delivers better outcomes for local democracy, the economy, the environment and housing in a better and faster way is a long overdue reform,” he said.

Pincher’s comments followed a lengthy demolition of the government’s plans by Labour shadow communities secretary Steve Reed, in which he repeated the accusation that the government was in the pocket of developers. He said: “Since the current prime minister took office, donations to the Conservative party from major developers have increased by nearly 400%, according to analysis by openDemocracy. That money was an investment in expectation of a return, and here it is. The prime minister is paying back developers by selling out communities.”

Reed said the government will “reap a political whirlwind” if it pushes ahead with the proposals.

A further consultation is now expected on the plans in the autumn, prior to a Planning Bill in the current parliamentary term.