Without an integrated strategy for planning it will be “impossible to meet the challenges of climate change, population growth and environmental risks over the coming decades” 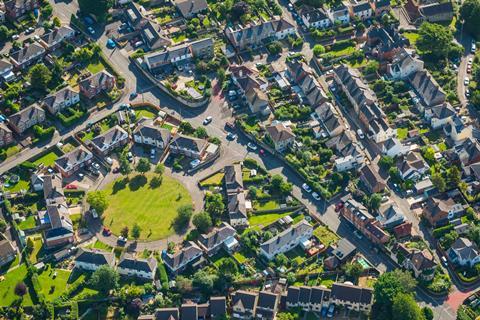 Urban planning across the UK could be better served if powers to invest in infrastructure were devolved, and local councils had dedicated infrastructure teams to create a “joined-up approach” to development, a new report argues.

The Royal Town Planning Institute-backed “A Smarter Approach to Infrastructure Planning” (RTPI) said there were too many complex and fragmented approaches to areas including transport, energy, water, schools and hospitals.

The report warned that without an integrated strategy for planning it would be “impossible to meet the challenges of climate change, population growth and environmental risks over the coming decades”.

The RTPI called on the government to devolve powers and funding for infrastructure and recommended that local authorities establish teams to focus “solely on infrastructure coordination”.

James Harris, the RPTI’s policy manager, said the institute welcomed the recent announcement of £600m new infrastructure funding but urged a more joined-up approach to planning in order to integrate the resources into the UK’s villages, towns and cities.

“There is an urgent need to upgrade much of the country’s existing infrastructure so we can reach net zero carbon, respond to growing environment risks such as flooding and overheating, accommodate population and demographic change and enable sustainable development of residential, commercial and industrial space.

“The priorities of government and infrastructure providers are currently too focused on service delivery rather than addressing strategic and place-based challenges,” Harris said.

The report argued that integrated infrastructure planning was “hindered by complex multi-level governance arrangements. However, there exists plentiful evidence of constructive dialogue between planning authorities, to establish a clear division of labour between strategic and local planning.”

Hannah Hickman, a senior research fellow at the University of the West of England and one of the report’s co-authors, said: “Central government needs to show greater leadership by setting a strategic direction for infrastructure and addressing the negative impacts of a ‘deal’ based approach to infrastructure funding.

“It should also examine how early engagement between local authorities, providers and other stakeholders can be facilitated, to ensure that infrastructure and land use is effectively planned.”

Key barriers to effective infrastructure planning, as identified in the RTPI-backed report, include: