Retirement housebuilders have expressed horror at the government’s plans to ban them charging ground rent on their developments under leasehold reforms set out yesterday.

Housing secretary Robert Jenrick said the ban on ground rents on retirement housing, to match bans on leasehold flats and homes, was being brought in to protect older people from “uncertain and rip-off practices”. 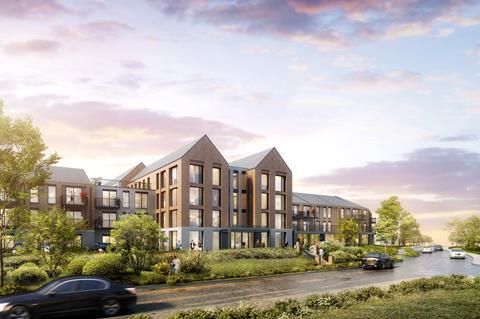 However, retirement operators said the ban was based on a fundamental misunderstanding of the difference between standard residential developments and retirement communities, which generally allocate large areas of the development for communal space which requires upkeep.

Churchill Retirement Living’s chairman and chief executive Spencer McCarthy said he was “shocked and disappointed” that the housing secretary had performed a “U-turn” on “recommendations by the last two housing ministers for the retirement housing sector to be exempt from the ground rent ban.”

He said Churchill had been working with the housing ministry since 2017 on ways to reform the system, but that abolishing ground rents will simply result in higher up front purchase prices “to fund the extensive communal areas that are so essential to our type of development.”

“This abrupt last minute change of heart from Government will seriously impact our ability to provide older people across the country with the specialist housing they need,” he said.

He added the department had reiterated its intentions not to introduce a ban in writing subsequent to publication of the January 2020 Law Commission report that yesterday’s reforms were based on.

John Tonkiss, chief executive of the largest retirement housebuilder, McCarthy Stone, said the decision was “disappointing”, and that the retirement community industry “has been caught in the crossfire of leasehold reform which was intended to address bad practices elsewhere in the housebuilding industry.”

Tonkiss said: “While we are supportive of Government efforts to protect the elderly, this decision will likely have the opposite effect. It could lead to higher purchase prices and adversely affect the supply of specialist retirement accommodation at a time when it is needed more than ever.”

The news comes at an incredibly difficult time for retirement housebuilders such as McCarthy & Stone, which have been hit much more severely than mainstream housebuilders by the coronavirus pandemic. McCarthy & Stone said in a November trading update that completions for the year to October had fallen to just a third of their pre-pandemic level.

The reaction from the retirement housing sector has come in contrast to the warm welcome given to the proposals for leasehold reform from many other parts of the industry. Jenrick’s measures are designed to give buyers of leasehold houses the same protection from ground rents as flat owners, and prepare the industry for the widespread introduction of “commonhold” tenancies.

Kush Rawal, Director of Residential Investment at housing association Metropolitan Thames Valley Housing, said the current system was seen by leaseholders as restrictive and confusing. He said: “We are pleased that the government is taking proactive steps to improve the leasehold experience for customers and look forward to these measures being introduced swiftly.”

Richard Beresford, chief executive of the National Federation of Builders, said the reforms would protect homeowners from “the abhorrent behaviour of some unscrupulous companies”.

He said: “The NFB has been speaking to government about the leasehold scandal for many years and it’s good to finally see this Government take the issue seriously.”