Year-on-year public housing grew by 14.1%, despite an 11.7% decline activity between June and July 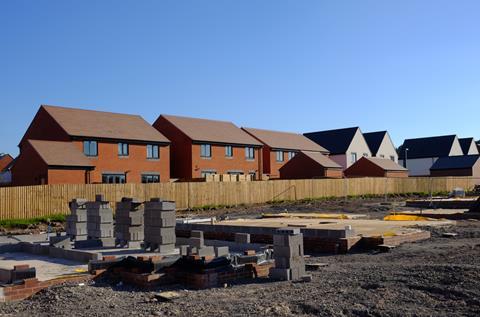 Building activity decreased in the run-up to the holiday period despite a slight uptick in the month, according to the Office for National Statistics (ONS).

Construction output decreased by 0.8% in the three months to the end of July compared to the previous three-month period, driven by a 2.2% contraction in overall repair and maintenance work.

Public housing proved the most robust sector, with new build activity up 6.8% on the quarter-by-quarter comparison, while maintenance work in the sector expanded 3.6%.

Year-on-year public housing grew by 14.1%, despite an 11.7% decline activity between June and July.

Private housing saw the biggest contraction in output between July 2018 and 2019, at 12.6%, while public building activity also reduced by 8.8%.

New construction work declined by 0.1% in the same period, with reductions of 6.2% and 6.3% in activity on public building and private housing respectively.

“In a no-deal scenario, delays to construction imports will be inevitable, which could stop projects up and down the country in their tracks, wiping out profits for businesses across the sector, and delaying some of our most vital projects.”

The ONS said output picked up by 0.5% in July compared to the previous month, reversing a 0.7% decline in June.

Growth was driven by 7.8% expansion in repair and maintenance of public housing, as well as a 4.4% growth in private housing delivery.

Clive Docwra, managing director of consultant McBains, said: “Although there was a moderate increase in output in July, the longer-term trends show growth on a downward trajectory.

“The continuing Brexit soap opera, the events of which become more bizarre and unpredictable daily, mean that spending decisions will continue to be put on hold until investors are more confident of the road ahead,” he added.

“Meanwhile, the weak pound means the cost of imported materials is squeezing pockets.”