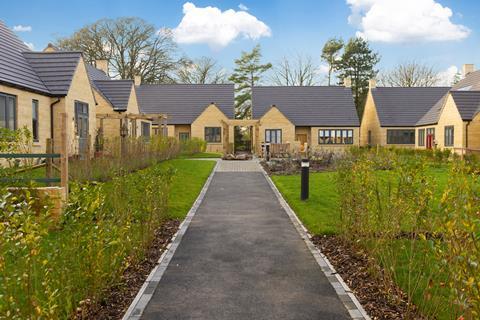 More than seven million people – 60% of over-65s in the UK – would consider moving into a bungalow, according to new research.

Only two million bungalows have ever been built in the UK, with a mere 2,418 new units delivered in 2018, 2% of all new housing delivered last year, while in 1987 bungalows accounted for 15% of new homes.

Rising land costs and changing attitudes towards new housing schemes have been factors in the decline.

But a survey carried out for retirement home specialist McCarthy & Stone by YouGov found that low-storey housing is finding an increasing appeal among the over-65s.

The research found that 60% of the over-65s – 7.2 million people – would consider moving to a bungalow, with nearly three quarters (70%) of respondents citing the ease of being able to live on one level.

Ease of maintenance (50%), more appropriate form older people (49%) and space for a garden (44%) were also major factors behind their popularity.

John Tonkiss, McCarthy & Stone’s chief executive, said planning rules had historically limited bungalows’ viability, but these should be re-considered in the light of their apparent popularity among the older generation.

“Bungalows are increasingly popular amongst older generations and should be a consideration for any drive to build more suitable housing. They are easier to maintain, are built with older people in mind and help maintain independence for longer.”

McCarthy & Stone has recently completed an eight-home bungalow scheme on the outskirts of Chipping Norton (pictured).

“Housing like this not only brings a host of health and other benefits to older people, it also helps free up under-utilised family homes for younger generations,” said Tonkiss.

“This shift can play a major part in helping solve the UK’s housing crisis,” he added.